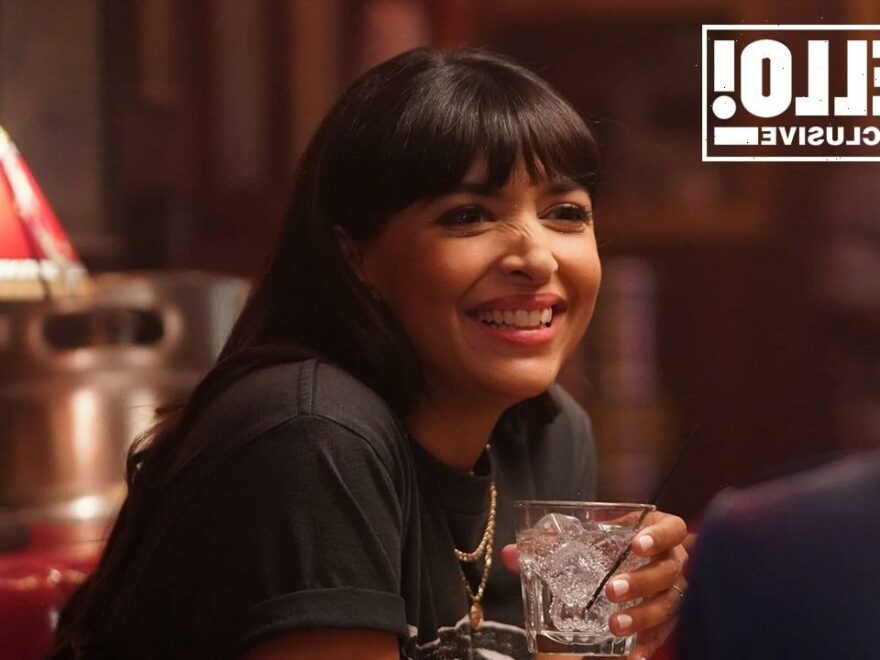 Hannah Simone has praised her new TV series Not Dead Yet for showing “true female relationships” on screen. Best known to audiences from beloved comedy New Girl, Hannah stars as Sam, a newspaper life and style editor whose best friend, the broke and newly-single Nell Serrano (Gina Rodriguez), returns to the office after years away to write obituaries – only to discover she can see the ghosts of the people who have died.

Hannah, 42, has previously spoken passionately about the importance of female-led TV shows being told through a female gaze and she says it’s “one of the reasons” she couldn’t say no to the new series, which premieres on ABC on February 8.

WATCH: Not Dead Yet starring Gina Rodriguez and Hannah Simone

“It’s just a show about people trying to figure their life out.”

Tell me why you liked this role?

When I was presented with all the elements, it was impossible for me to say no. New Girl set such a high bar; we had such a fun, wonderful, funny cast, we all were such genuinely close friends, and we had a wonderful creator so I’ve tried to be really patient before I dove into whatever was going to be next.

Then Casey Johnson and David Windsor (Not Dead Yet showrunners) called me and they brought me this show, and explained this weird, interesting premise for the show – and it was with Gina Rodriguez and Lauren Ash and Rick Glassman and Angela Gibbs and this murderer’s row of phenomenal, funny people!

There was no way for me to back out of it.

How do you create community and chemistry with a new group of actors?

I don’t think you can. That’s like saying, ‘I’m going on a first date so tell me, how do I fall in love and how do I make that person fall in love with me?’ It’s just that weird lightning in a bottle feeling you have when you meet somebody, and I have to hand it to David and Casey and Dean Holland, who put this cast together because I didn’t chemistry read with anybody – they knew enough to know that we would all fall in love with each other.

We all went to a cast dinner before we started shooting, and people repeatedly kept asking how long we’ve all known each other. We got really lucky, this was an instant family.

Exclusive: Iwan Rheon on how Light in the Hall’s Joe is a different kind of villain

From the beginning we see Sam is caught in between these two friends – Nell and Lexi – what can we expect from this dynamic for the rest of the season?

What I really love about the show is that you don’t see this big setup of eyes between Nell and a male coworker – which is usually the formula, a will-they-won’t-they – for the series.

Nell has left the man behind and she’s now trying to dive back into her life and the person that she loves so much, and has been there for her and whose arms she’s willing to fall back into, is her best friend.

But her best friend has now, in Nell’s absence, created a new friendship – and that is the love story of this season now. As the season goes on, we learn so much more about what Nell has not shared with Sam and how that impacts them because they used to be fully transparent but now they’re different women, and they have to learn to trust each other again.

In New Girl, we’d watch Jess and Cece get into it – and they would sometimes physically fight – but it was never over a man. Not one time did Liz Meriwether (New Girl showrunner) never put that into their friendship because a true sisterhood doesn’t fight over men. That was the heart of this friendship, too.

I would never sign on to do a show where I think it had that kind of weird approach to what’s funny with women on TV, which is them competing for a man. It’s not authentic to true female friendships at all.

Why has it been important to you to speak out about the importance of female-led TV shows being told through the female gaze?

It’s one of the reasons why I couldn’t say no to this show. Not only did we have Casey Johnson, but we have Gina and Laurie and myself.

The top three actors on the call sheet are all women but it’s not a show about being a woman. And you have two women of color on the top two places of this call sheet but it’s not a show about being a person of color. Not Dead Yet is throwing out all of those things that we used to have to explain or set up to make people feel comfortable, and that’s why representation in television is so important because now we’ve gotten to this point.

It’s just a show about people trying to figure their life out.

Can you tease what we can expect from Sam through the rest of the season and the struggles we might see her face as a working mother?

We’re definitely going to see her trying to strike a balance. You watch Sam really try to juggle that and figure out her balance and be okay with not being okay.

That’s a new area where Sam and Nell have to realize they can’t walk in each other’s shoes but they just have to be there and listen to each other because Nell isn’t a mom.

Those are the kind of bridges you have to cross in your friendships when people are making different choices and that’s where you really have to put the work in – and it’s kind of wonderful because you don’t often see that in female friendships on TV.

How involved were you with Sam‘s looks?

Her wardrobe is one of my favorite parts. I work with Michelle Cole and we had big talks about what Sam’s style would be as she is a lifestyle editor and it meant we could really play. I have friends of mine who work in that magazine world and they get sent gorgeous free clothes all the time – what an incredible perk!

That part I thought was so fun – because she’s not Lexie (Lauren Ash), she doesn’t own the paper and have money – so that’s how we could make that stretch. Michelle and I really had fun with it with lots of elevated 1950s retro looks, and fashionable athleisure.

What did New Girl teach you about comedy?

New Girl was really special because for all of us it was our first series and it’s like a boot camp. It taught me everything about television – but what it really teaches you is that what matters as a human being is that you’re spending your time with wonderful people.

That was the biggest gift of New Girl; making sure that if I took on another project to really check out who all the people were because so much of your life is with them. I like to work with really nice people and everybody on Not Dead Yet was so kind and compassionate when real life things happened.

We had space and grace for each other. It was really an exceptional experience shooting this season.

You’re watching New Girl for your podcast, is there anything about the show that has surprised you?

It’s so funny because people forget we started doing that show over a decade ago, and we’ve not been spending the past few years rewatching it, we lived it.

It’s really made us fall back in love with our own show because we know it’s good but rewatching it is truly like watching it for the first time and so everything surprises us.

Have there been any further discussions about reunion specials or episodes?

Everybody’s down for it. I think you just have to have had enough time pass where it makes sense because the way they wrapped up, that series finale had a bow on it and answered a lot of questions.

I mean, Winston has something like 19 children running around. It’s going to be a pretty epic reunion if we all come together and do anything else. Maybe we have to wait till we’re like 60 – we’ll all just be sitting around complaining to each other.