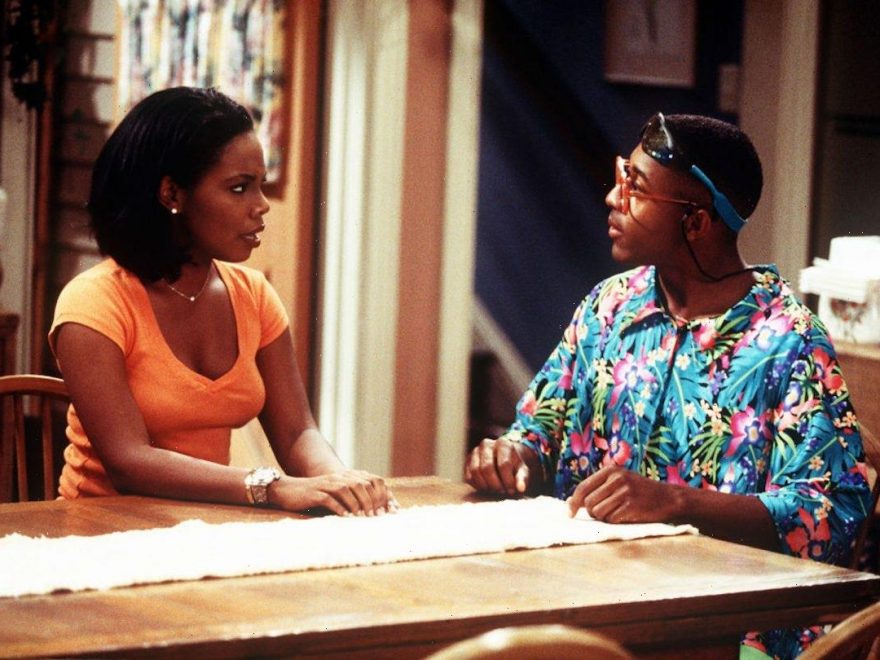 A staple of the legendary TGIF lineup of the era was initially another family sitcom, but it quickly became something wholly unique. Steve Urkel changed the series forever, but he didn’t do so all alone. Jaleel White recently opened up about his relationship with one particular castmate that helped drive the series toward success.

What was ‘Family Matters’?

According to IMDb, Family Matters was a spin-off of the popular ABC sitcom Perfect Strangers. However, while the series began to focus on Harriet and Carl Winslow as they raised a family in Chicago’s suburbs, it quickly turned its focus to their neighbor. Steve Urkel was a cultural phenomenon that spawned toys, clothes, catchphrases, and copycat characters.

While Urkel’s defining trait was his genius IQ and mad scientist-like inventions, he was driven by his love for Winslow’s daughter for most of its nine seasons on the air. That love helped bring the actors together, but not in the way that many might expect.

When Jaleel White joined the series as Steve Urkel, he did so to play the nerdy next-door neighbor who was smitten with Kellie Shanygne Williams’ Laura. Urkel tried everything to get with her, from wooing her with awkward schoolboy charm to transforming and eventually cloning himself as Steve’s cool alter-ego Stefan Urquelle.

The relationship blossomed, for better or for worse, with every following season of the series. As Urkel got more earnest with his love for Laura, she started to see the charm beneath the glasses and suspenders. By the series’ end, they were an item. While they played the relationship for laughs, however, it doesn’t mean that everything was jokes.

White spoke to Access Hollywood about his former co-star’s acting abilities as they guided through their relationship as the series moved them toward adulthood.

“Kellie was so underrated as an actress. We really pushed each other. I think there’s a crying scene where I’m waiting on her hand and foot. And I have an apron on, as a matter of fact. And she just is like, ‘Steve, go home. Get out. Please. Don’t ever come back.’ Like, she just unleashes a tapestry of just, ‘Get the hell out of here.’ And we had never intended that to be a scene where she and I teared up. But in the moment it just happened.”

White said that he still gets tears in his eyes when he thinks about his co-stars acting during that time. However, while the on-screen chemistry made for a convincing relationship, it doesn’t mean that they tried it out off-screen, as well. Urkel and Laura were a strange match made in heaven, but White and Williams’s relationship was nothing like their on-screen one.

White spoke about their familial relationship in a previous interview.

Were they romantic offscreen?

According to White, the pair got along great, but not in the romantic way they played on screen. While television sets are no stranger to workplace romance, White and Williams kept things in the family.

“It was very brother-sisterly,” White told Today of his off-screen relationship with his on-screen muse. “She’s married now and we both have children. She moved back to Maryland, and I think that was a good move for her. She’s readapted to real life and motherhood. Kellie’s wonderful – she’s great. I always thought she was an incredibly underrated actress.”

Perhaps this was what made the couple work so well on screen. They were not inundated with behind-the-scenes drama that can come with more romantic pairings. Instead, it was a pair of accomplished young actors who grew up on a television set and learned to build on each other not as lovers but as professionals.

There’s a reason that Family Matters remains a favorite among the people who grew up watching it in the nineties. While often labeled as an Urkel show, it was an ensemble piece about the Winslow family. As such, it was important for this type of chemistry to convey itself on-screen.