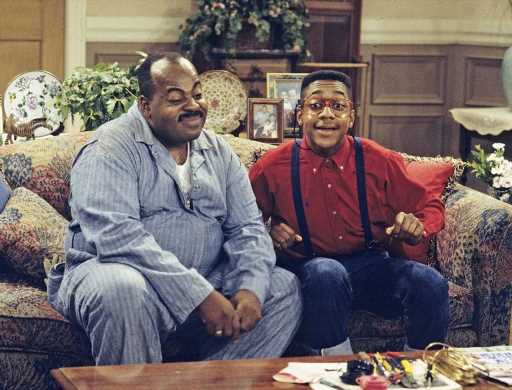 Family Matters is the second-longest-running live-action U.S. sitcom to feature a predominantly Black cast. It is a show that broke boundaries and introduced incredible characters like Steve Urkel into popular culture.

The character of Urkel ended up launching a merchandising empire, crossing over into a variety of other popular sitcoms of the day, and appearing on everything from T-shirts to shoes and lunchboxes. Urkel was also the subject of many of the longest-running storylines in Family Matters.

And even though his romance with Laura Winslow was a highlight, viewers ultimately never got to see the two tie the knot on air.

‘Family Matters’ is a fan-favorite sitcom

Family Matters first aired on television in 1989, ultimately going on to run for nearly ten years before finding new life in syndication. The show focuses on the Winslow family, helmed by mother Harriette and father Carl. Together, the large, eclectic Winslow brood works together to figure out life, love, and heartbreak in the city of Chicago, Illinois.

While Family Matters began as a spinoff of Perfect Strangers, a popular ’80s sitcom, and showrunners might not have expected it to do well, it ended up taking off in a big way — well surpassing Perfect Strangers in terms of popularity and ratings. A series that was often hailed as being ahead of its time, Family Matters likely owed a big chunk of its success to the memorable characters, with Steve Urkel being first and foremost.

Steve Urkel, played by Jaleel White, was first introduced in the first season of Family Matters. A stereotypical nerdy kid, Urkel became known for his high-pitched, nasal-sounding voice, and his unique outfit choices, including saddle shoes, multi-colored cardigans, and suspenders. The character eventually became a series protagonist, and although certain members of the Winslow family found him to be intensely unlikable, audiences couldn’t get enough of him.

Laura Winslow, however, grew to love Urkel after years of Urkel pining after her in a nearly obsessive manner. In season 9, showrunners really began to explore the relationship between Steve and Laura, with the two forming a romance that was at times funny as well as touching.

By season 9 of Family Matters, Steve and Laura’s relationship was established in fans’ minds, and the two fan-favorite characters got engaged.

Why did Steve and Laura’s wedding never air on ‘Family Matters’?

Unfortunately, although viewers got to witness the mayhem that happens during the lead-up to Steve and Laura’s engagement, they never got to see the actual wedding. According to a report by Mental Floss, that’s not due to a lack of planning on the part of showrunners.

The fact that fans never got to see the long-awaited wedding hasn’t dimmed anyone’s affection for Family Matters, or for the character of Urkel. In fact, Steve Urkel remains as beloved as he ever was during the show’s heyday, and to this day, White is best known for his work in the fan-favorite sitcom.