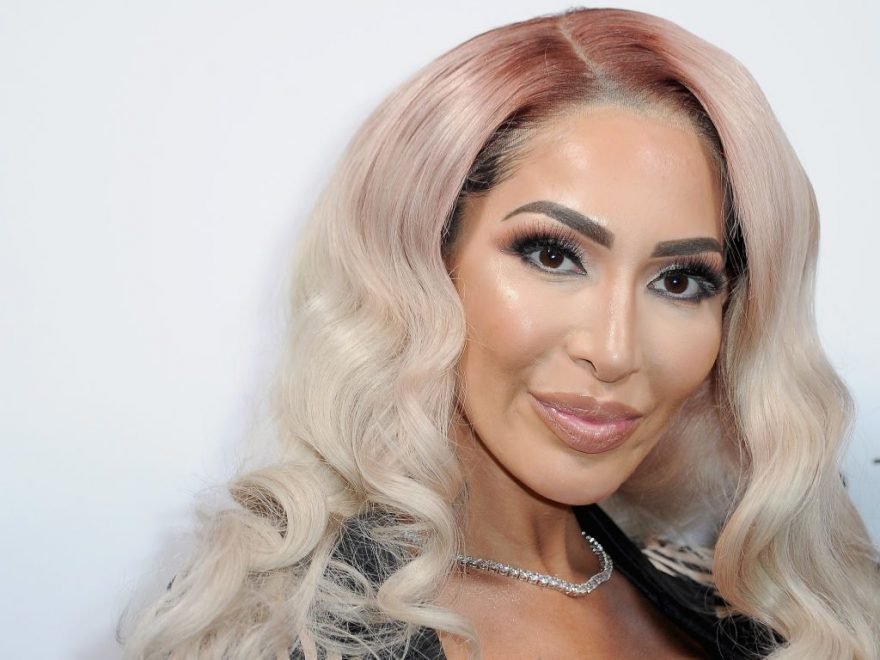 Farrah Abraham has been busy voicing all of her opinions in recent weeks. A couple of weeks back the mother of one called Amber Portwood and Jenelle Evans ‘failures”. She has more recently taken to Twitter to show her support for Donald Trump, and she also has a strong opinion on the fate of Teen Mom OG. She wants to see the show canceled, immediately.

Teen Mom OG’s ratings have suffered since the loss of Bristol Palin and Farrah Abraham. While the production crew behind the reality TV series is trying to breath new life into the show with the addition of castmates, it doesn’t seem to be working. According to The Hollywood Gossip, the show started Season 8 off strong, but ratings began to dip in early July.

Farrah had famously offered to return and save the show, but producers didn’t take her up on the offer. Now, the former castmate wants to see the show canned altogether. Allegedly, the production house behind Teen Mom OG has no plans to remove the show from their lineup. They are reportedly already prepped to film Amber Portwood’s legal woes.

Abraham apparently has big plans for her future. While theadult film industry called her name for a short time, it looks like she hasplans to move in an entirely new direction. Abraham has hopes of directing andproducing in the future.

She told Radar Online, “I’m thankful I can bring a new element to unscripted and scripted TV soon, as a screenwriter, director, and producer,” she said. “I’m blessed for my 10 years and can’t wait to make TV that is original, better made, better talent, and better executives.”

It’s unknown if Abraham has anything in the pipeline at the moment. She spent much of her summer jetting off to The United Arab Emirates. Rumors have also swirled that Abraham is currently working as a high-priced escort.

Abraham’s thoughts on the fate of Teen Mom OG are not surprising. While the adult film actress would like people to believe she walked away from the series, she was booted from the franchise for her desire to return to the adult film industry. Allegedly her less-than-stellar treatment of the crew also played into the production house’s decision to cut ties.

Abraham’s former cast members widely applauded her ousting. In an interview, Catelynn Lowell and Tyler Baltierra discussed their thoughts on the firing, according to Us Magazine. While Lowell attempted to play it a bit neutral, Baltierra was happy to share his approval of the ousting. He said, “I think it’s great. I think it’s awesome. The way she decided to live, her lifestyle, it just doesn’t really mesh with the rest of the cast and what we’re trying to educate [audiences] about, it just doesn’t work. It doesn’t work very well together.” Baltierra also confirmed what most people already knew; Abraham is not an easy person to work with.

Baltierra and Lowell have been part of the show since its inaugural season. The couple made the decision to give their child up for adoption; their storyline has long revolved around the ins and outs of adoption, and the pros and cons of the decision.