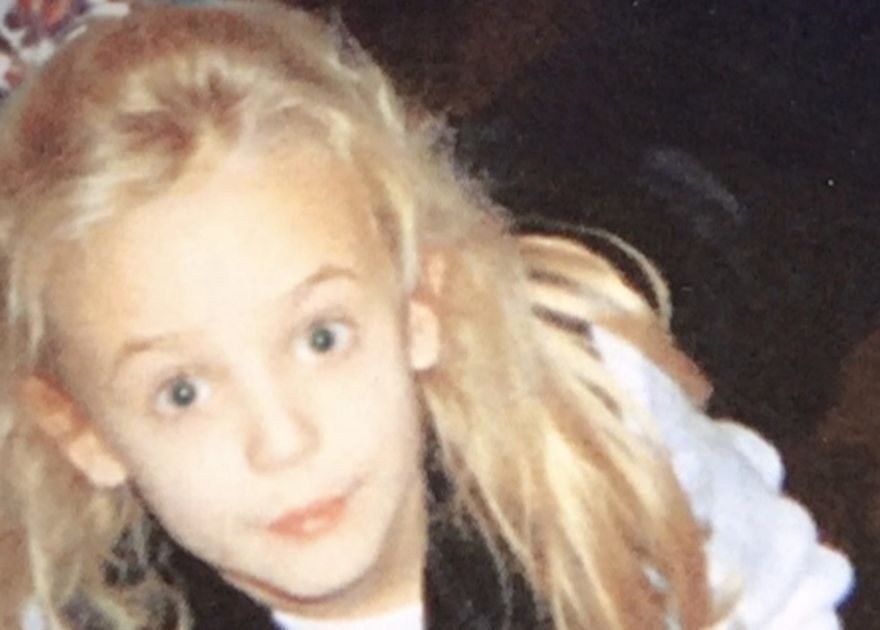 Smiling into the camera, little JonBenet looks like any other excited six-year-old who has just opened her Christmas presents.

The tiny beauty queen is playing with her Christmas presents as her proud parents take snaps to mark their wonderful festive day.

Tragically, this will be the final photo ever take of JonBenet as just hours after her broken body was found in the basement of the family home in Boulder, Colorado.

Her brave father, John Ramsey, has never given up the search for his daughter's killer and has released the previously unseen photo for the first time.

Speaking to Crime+Investigation as part of a new documentary re-examining what happened to his daughter almost 23 years ago, he says: "JonBenét was down on the floor playing.

"It was just a nice, wonderful Christmas party kids' picture. She was just playing, and it was probably the last photo that was taken of her."

John admits he struggled to look at pictures and videos of his daughter shortly after her murder.

But he now says the photos bring him joy.

The days leading up to JonBenet's brutal murder had been fun for the little girl and her family.

Father Christmas had delivered a new bike to delighted JonBenet and she tried out her present that day – it would be the last time she rode it.

Along with her dad, John, mum, Patsy, and brother, Burke, who was then nine, JonBenet went for dinner at at family friend's.

The six-year-old was tired after her day of fun and was carried upstairs, sleeping, by her father when the family returned home later that night.

This would be the last time anyone in the family saw her alive.

Just eight hours later her tiny body was discovred in the basement of the family home.

As the only people known to be in the house at the time of her killing, JonBenet’s parents, Patsy and John, were soon under suspicion.

John, a computer executive, and Patsy, a former Miss West Virginia, went on CNN to insist they had nothing to do with their daughter’s tragic murder.

Within two weeks of the girl’s murder, police considered her parents were unlikely to have committed the brutal crime.

They were cleared of any involvement in 2008 with the help of DNA technology.

Sadly, her mum, Patsy, had died two years before the family were cleared. She was just 49.

No one has ever been charged with the crime, despite DNA being found at the scene which didn't belong to anyone in the family.

A ransom note was found next to JonBenet's body.

It was written on pages found ripped from a notepad her mother had kept by the telephone.

With all of JonBenet’s family cleared of her murder, another possible explanation was that an intruder forced entry into their house and carried out the killing without anyone hearing the horrific crime take place.

JonBenet's dad, John, said he had broken a window into the basement at some point before the murder as he was locked out of the house.

Boulder Police Department initially ruled out anyone gaining entry through this window.

But on the other side of that broken window was a suitcase, where police found a footprint.

It's thought that an intruder could have possibly stepped on the suitcase to get back out of the window, leaving the footprint behind.

The footprint was from a pair of Hi Tec boots, which the family's lawyer insisted that is proof that an intruder got into the house.

JonBenet's parents were frantic with worry when they found the ransom note and believed someone had kidnapped their beloved daughter.

They didn't discover she was missing until Boxing Day morning and immediately alerted police.

While officers were scouring the home for clues as to what had happened to the little girl, John was carrying out his own search.

He walks into the basement – police had not yet searched the room – and finds her daughter on the floor. She was dead.

Tenderly, John carries JonBenet into the living room of the home – he has never set foot in it again.

He said: "It was a rush of relief. You know, "Thank God I found her." But then I pretty quickly realised that she wasn't alive.

Convicted paedophile Gary Olivia has reportedly confessed to the killing in letters sent to a former school friend.