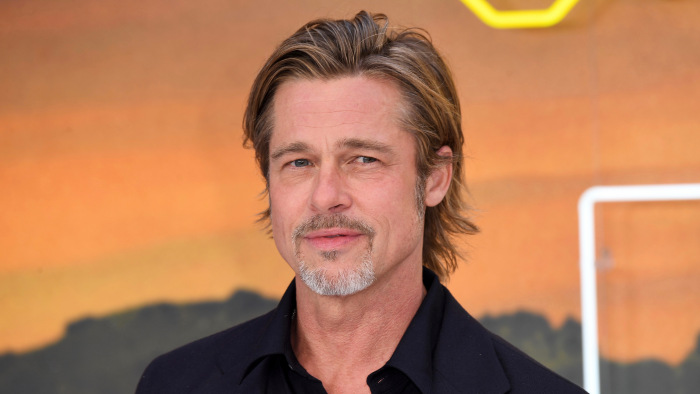 In an interview with The Sunday Times, Brad Pitt compared the Manson family murders of 1969 to the downfall of Harvey Weinstein, saying the disgraced mogul was a modern example of Hollywood “recalibrating” itself.

The publication sat down with Pitt and Leonardo DiCaprio to discuss their latest film “Once Upon a Time in Hollywood,” which depicts the Manson family, who in real life murdered five people, including the pregnant actress Sharon Tate.

“When my parents described it, it was as the end of this idealized revolution,” Pitt told the publication. “My parents are still hippies, but it was the loss of this dream. As [‘Once Upon a Time in Hollywood’ director] Quentin [Tarantino] describes, you sort of portray this utopia, but there is a mildew around the canvas that brought the darkness of humanity into play and ended a lot of my parents’ hopes for how they could infuse that ‘love and peace’ ideology into the rest of the world.” He added, “It all sort of crashed and ended so much that some talk of it as a conspiracy. It was the total end of an era — immediately.”

The Sunday Time reporter Jonathon Dean asked the actors if there was a contemporary equivalent in shaking up the industry with a “loss of innocence.” Pitt responded, “”Harvey Weinstein. Can I say that?” He explained, “It’s more that I think we’re getting recalibrated. But [this time] in a good way.”

Pitt elaborated on his view of Hollywood’s “recalibration.” He said, “What I see now is a new masculinity, especially with people who have gone through Hollywood and its recalibration, a new male who is more vulnerable. I’m not talking mushiness — I mean a man who owns his own flaws and is aware of them and open about it. And vulnerable, with real feelings, rather than being this macho, trying-to-be-tough guy. But that might just be me in my old age, on my own trip, projecting onto everyone else.”

Pitt’s former fiancee Gwyneth Paltrow and his ex-wife Angelina Jolie are among more than 100 actresses that have both accused Weinstein of sexual misconduct.

“Once Upon a Time in Hollywood” is the first film from director Tarantino not with Harvey Weinstein and his Miramax and Weinstein Company production companies. In a 2017 interview with The New York Times, Tarantino expressed regret over working with Weinstein and said, “I knew enough to do more than I did.”

The director’s latest feature released on July 26 and is currently playing in theaters nationwide.