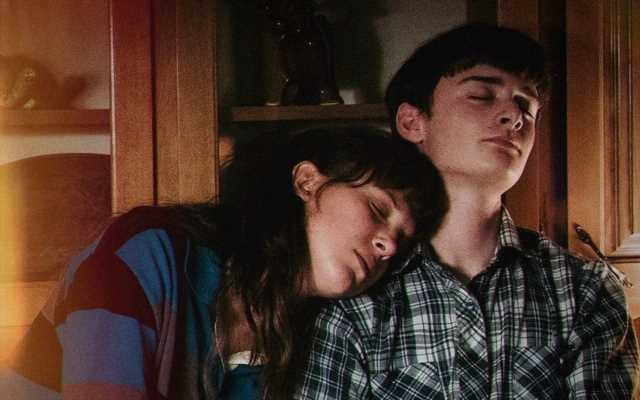 The Mike Wheeler depicter has finally responded to the not-so-favorable comments made by his television co-star about their onscreen kiss on the Netflix hit show.

AceShowbiz –Finn Wolfhard almost headbutted Millie Bobby Brown when they kissed on “Stranger Things“. The 20-year-old actor explains his co-star branded their first on-camera liplock “lousy” a few months ago because it was so awkward – and he thinks even if he’d been smooching with a real-life girlfriend at the time, it would have been just as bad.

“You know what, I was fine with it,” he said when asked about Millie’s assessment of the kiss in a preview from is upcoming appearance on “The Drew Barrymore Show“.

“I don’t know, it was one of those things where the first, it’s just an interesting thing when you have to like, my first onscreen kiss was with Millie, but I didn’t know how to approach that in any way, there was no just like, ‘You’re gonna do this thing and at the end of the take, you’re gonna kiss her.’ “

“And then, so I just like, almost headbutted her…the romantic way of putting it was that I headbutted her, but I was 12 so, you know. I probably would have done the same thing if I was not onscreen in front of the entire world.”

Millie’s admission came when she took a lie detector test for Vanity Fair magazine in November. Asked if Finn was a lousy kisser, the 18-year-old actress said, “He is.” And in a follow-up, asked if he had got any better at kissing, she said, “Not with me, no.”

Meanwhile, the “When You Finish Saving the World” actor revealed he was stunned when the Duffer Brothers told him he’d guessed their idea for a spin-off show.

He said on “The Tonight Show Starring Jimmy Fallon” earlier this week, “So we were on set filming ‘Stranger Things 4,’ and we were all talking about if there’s going to be a spinoff. Like, joking, ‘Oh, they’re all going to have us back in 20 years. We’re all going to be fat and old and being like, ‘Oh, Evan, where are you?’ And then I was like, ‘Oh, but, if you guys are actually going to do a spinoff, it should be this…’ “

Finn, who didn’t explain his idea, was then taken aside by Matt and Ross Duffer. He continued, “They were like, ‘That is the idea. Who told you?’ I was like, ‘No one.’ They were like, ‘What do you mean? You just, like, came up with it?’ And I was like, ‘Well, no, I just thought that that would be a cool way to kind of expand.’ And they were like, ‘It is.’ “

The showrunners previously said the spin-off would be “1,000% different” from the original series and won’t focus on existing characters.