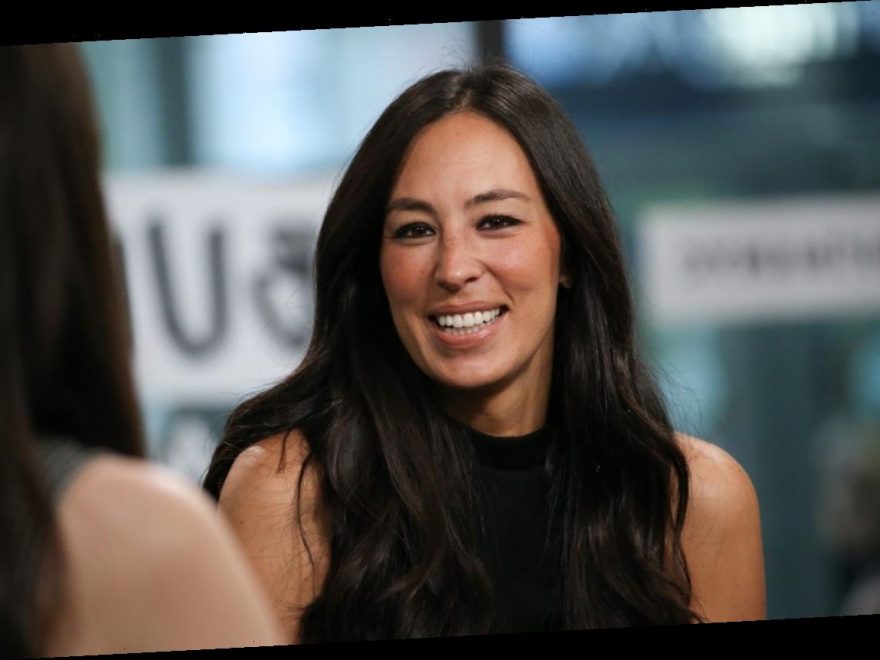 Is shiplap a color?

Not exactly. But Fixer Upper host Joanna Gaines did transform the home renovation space with her unique design style that’s been described as “modern farmhouse chic.” Even years after her HGTV series ended, DIY enthusiasts are still obsessed with copying her look in their own homes.

And Gaines is happy to share advice with eager followers. She currently contributes to her quarterly magazine, Magnolia Journal, plus released an entire book focused on creating a beautiful home retreat you’ll never want to leave. Homebody: A Guide to Creating Spaces You Never Want to Leave is a bestseller.

Recently, the mother of five revealed what colors she thinks work best for a kitchen via her company, Magnolia Home.

The HGTV show that made Gaines famous was both celebrated and criticized for always sticking to a formula. Even though the series featured different clients with all sorts of homes, the result always had that Joanna Gaines touch. Some common themes included white walls, wood floors, neutral furniture, open shelving, and vintage-looking accessories.

But occasionally Gaines did step out of the box to include a modern piece of furniture or a wild pattern. And now that Fixer Upper is over, fans are starting to see even more facets to the renovation expert’s repertoire.

Like so many homeowners, Gaines knows that the center of any home is the place where the food gets made.

“The kitchen is the heartbeat of home, which makes it one of my favorite spaces to design. It’s been so inspiring to watch families gravitate toward their kitchens again and again this year, maybe more than ever before,” she told KILZ, where she has a brand partnership for her Magnolia Home paint line.

And she’s not afraid to explore color palettes that go beyond neutral in that important space. Magnolia’s senior designer Kristen Bufton revealed some of the best color combinations for kitchens which were all vetted and approved by Gaines herself, PureWow reported.

Even neutrals can be fun in a ‘Fixer Upper’ inspired kitchen

Most of Gaines’ designs feature lots of neutral tones, especially white kitchens that are bright, clean, and modern looking. But when it comes to color recommendations, the Magnolia team recommends branching out a little bit.

First, white doesn’t ever mean stark white. The first color combination Bufton recommends is a softer white with cream that’s infused with warmth and goes with everything. “White on white paint is super versatile because it acts as a backdrop for any décor style, including modern, industrial, traditional, etc.,” she said.

Another can’t-miss option is gray and white, which also counts as neutral. You’ll be channeling your inner Gaines when accessorizing with pops of color throughout so the whole kitchen isn’t so monochromatic.

The designer recommends infusing some color

The first colorful idea is a bolder blue with white, which Gaines did experiment with on Fixer Upper. “We always keep the walls neutral when using a prominent darker cabinet color,” Bufton says. “More dramatic color combinations like this tend to lean more eclectic and modern in style and are a great way to embody a moody vibe in your kitchen.”

And finally, the fourth Gaines-approved pick involves a light blue or green and white kitchen. These whisper soft neutrals are a little more eye-catching than white but still retain that neutral backdrop that fits into a variety of design styles.

“This combo can lean modern or traditional so it’s a great way to add color to your kitchen in a way that’s more subtle and classic,” Bufton explains. “We love [Magnolia Home paint color] Emmie’s Room because it’s the perfect calming combination of green and blue and reminds me of the ocean.”

These color combinations are almost guaranteed to make an appearance on the Fixer Upper reboot, which will premiere on the Magnolia Network in 2021.