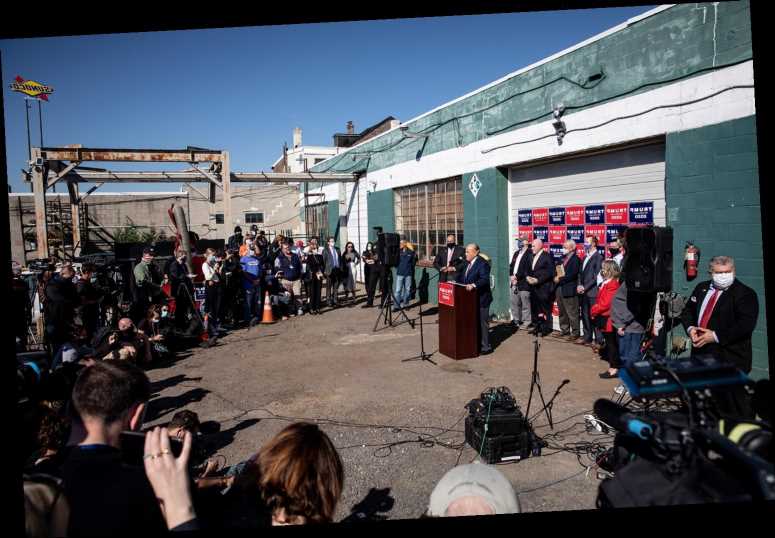 Four Seasons Total Landscaping is in the spotlight once again.

A project titled Four Seasons Total Documentary is being made about the company to discuss the events that lead up to them hosting the infamous Trump campaign press conference on Nov. 7.

At the time, Rudy Giuliani held a press conference at the landscaping company in Philadelphia to announce former President Donald Trump was taking legal action to dispute the election results of the state.

Many people believed the location was a mix up between the landscaping company and the Four Seasons Hotel.

Trump had initially tweeted about a press conference at the "Four Seasons, Philadelphia" and then soon corrected himself. The documentary is being directed by Christopher Stoudt and produced by Glen Zipper and Sean Stuart, and will answer the questions many people still have about the press conference.

"It's an honor and privilege to be able to help tell a story that the world has been waiting months to hear.  After such a hard year, everyone needed a moment to laugh. Little did we know it would come from a press conference that took place across the street from a crematorium (down the road from a sex shop)," Stoudt said in a statement.

He added, "This film is a chance to wipe the slate clean, not just for Four Seasons Total Landscaping, but for the entire country."

A release date hasn't been set but the project has already been filmed.

The announcement of the documentary comes a day after a Super Bowl commercial aired for Fiverr featuring the landscaping company's store front. The commercial, naturally, poked fun at the press conference.

"The set was the exact replica of my building — I cried when I saw it. And there were 300 people there, for me and my company. How humbling is that?" the owner Siravo told PEOPLE. "At one point I got caught on the mic, talking to my mom and dad in heaven. I'm not an actor, you know? I told them, 'You gotta give me some strength here, all these people are counting on me. I can't do this 22 times.' "