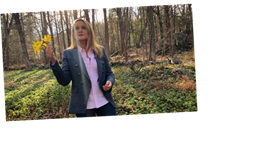 TBS has renewed Full Frontal with Samantha Bee for a sixth season and renewed its first-look deal with host Bee.

The show, which airs weekly, will return January 13 at 10:30pm on the WarnerMedia network.

“It’s a huge honor to get to keep doing this crazy smart and silly show for a sixth season,” said Samantha Bee. “Is it official though? Are we still waiting for Pennsylvania to certify the sixth season?”