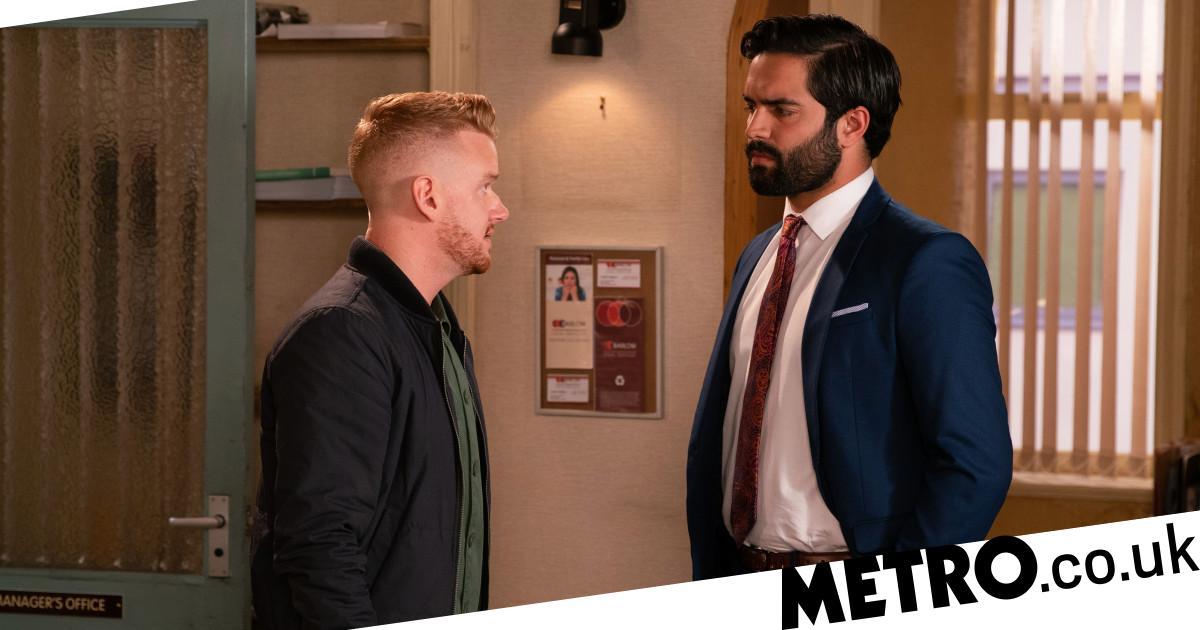 When it was revealed that troubled builder Gary Windass (Mikey North) was responsible for the factory roof collapse and the death of Rana Habeeb (Bhavna Limbachia), many of the Corrie viewers were shocked. He’s also murdered loan shark Rick Neelan (Greg Wood) but soon, Gary’s world will fall apart as he confesses to being responsible for Rana’s death.

We will see Sarah Platt (Tina O’Brien) speak to Adam Barlow (Sam Robertson) about a hunch that she thinks Gary was involved in the factory roof collapse and Adam encourages her to tell the police. She is reluctant to tell the police her thoughts about Gary but when she questions him about the voicemail he left on her phone, he tries to avoid answering Sarah’s questions and her suspicions are piqued.

Adam admits to Sarah that he told Imran (Charlie de Melo) about her suspicions and then Adam, Sarah, Imran and Sharon (Naomi Cooper-Davis) watch as Gary is taken in by the police for questioning.

At the police station, Gary does his best to remain calm when he is questioned about the factory roof collapse and also his involvement with Rick. Back on the cobbles, Kate (Faye Brookes) and Gary stare at the factory and Imran reveals that he knows Gary is now a suspect. He tries to protest his innocence but in the pub, Peter (Chris Gascoyne) lunges at Gary and blames him for destroying Kate and Carla’s (Alison King) lives. Riddled with guilt, Gary calls at the solicitor’s office and tells Imran he’s responsible for Rana’s death.

Mikey North told Metro.co.uk: ‘It’s all part of a plan. He’s kind of got a plan worked out in his head as to how he’s going to try and get out of this for now, but once he’s actually in there, in the solicitor’s office, it does all kind of come back to him a little bit and it gets a bit too much for him I think and he does level with Imran more than he probably intended to when he first goes in and he gets a little bit upset.’

And he’s going to be even more upset when he discovers Sarah’s involvement in shopping him to the police. Mikey added: ‘He’s fuming. I still maintain that Sarah is the reason why he went out and did a lot of the stuff in the first place. He really did love her and he never meant to hurt her or drag her into this, so when he sees that she’s the one who shopped him in, I think that’s a further nail in the coffin as to why Gary’s gone to the dark side. Now he’s lost her as well he’s got nothing to lose and that makes him quite dangerous.

‘Her new relationship is getting rubbed in and that all triggers this big rivalry with Adam and Gary and it’s been really fun to do. I love working with Sam. It’s a really nice dynamic and I think they’re trying to build this Mike versus Ken thing from the past, which is interesting to play. If we can do it half as well as they did, then we’re doing something right.’