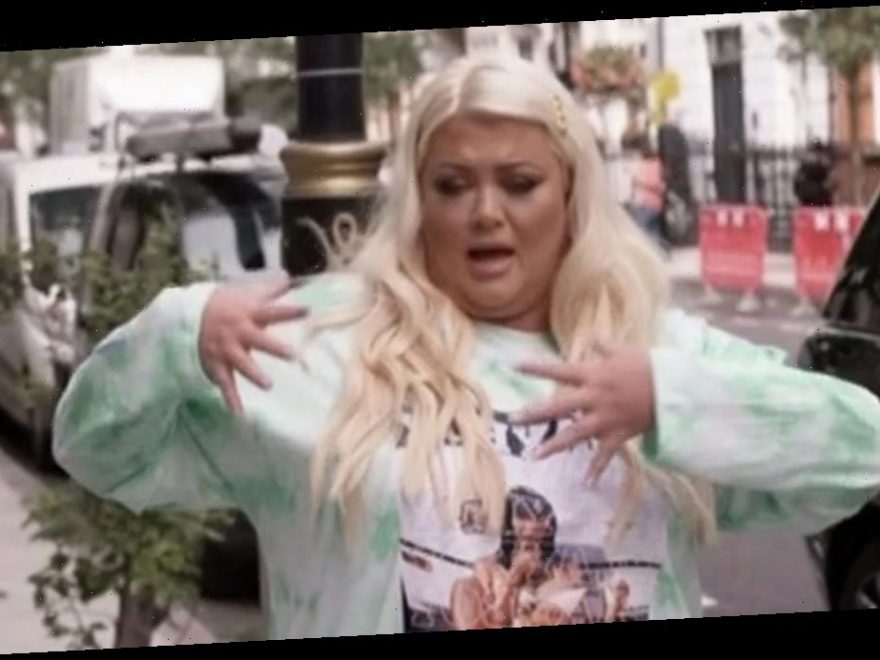 Gemma Collins is wanting surgery on her boobs to reduce them and lift them up as they're causing her pain and needing a massage "three times a day".

The Diva Forever and Ever babe headed to see her plastic surgeon Dr Frati on Tuesday's episode of the show after telling her family "each boob weighs one stone" and they were hurting.

Heading to London's Harley Street, Gemma, 39, said: "I need them massaged three times a day, they're killing me."

Outside the clinic, the GC said: "For 39 years these have been a big part of me – my breasts – but they're not gonna be for the next. They've just gone here and here and here."

She headed inside to see what could be done, suggesting Madonna, 62, and Jennifer Lopez, 51, as her boob idols as she prepares to turn 40.

Gem told her doctor: "Basically, you did a little bit of surgery for me a little while ago – fantastic.

"But I've showed you the dropping of my bust, and I'm going to be 40 in January, I know I don't look it, but I want to age reverse myself."

She went on: "When you look at J.Lo, Madonna, their boobs are up.

"I'm starting to get back ache. Can you make them perkier and pack up?"

Dr Frati told her it was possible, but before she could think any more of her possible surgery, Gemma had to get ready to go on a camping trip with her brother and nephew in true GC style.

The family headed to a campsite in the New Forest in a luxurious camper van, with Gemma turning up dressed to the nines in a tinsel jacket.

But as the other holidayers swarmed their massive van, Gemma started having second thoughts about staying there and wondered how much a local hotel might be instead.

When she discovered it would be hundreds of pounds, she considered it before agreeing to one night roughing it.

Gemma Collins: Diva Forever and Ever airs Tuesdays at 9pm on ITVBe