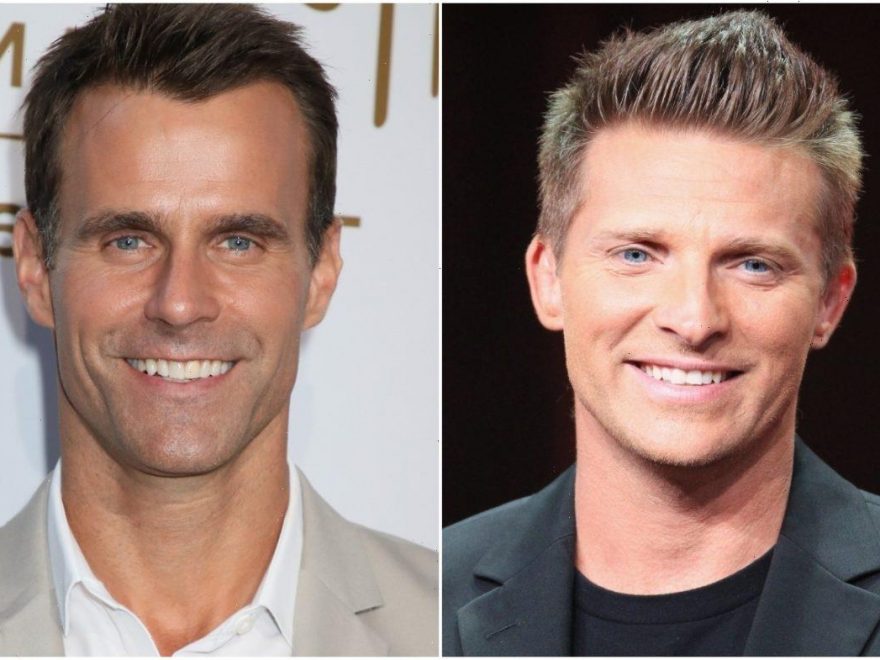 General Hospital just welcomed a character back to the screen—Drew Cain. The role originated in 2014 and was played by actor Billy Miller. However, Miller left the show in 2019, and Drew “disappeared” from the General Hospital universe.

The role recently was revived by actor Cameron Mathison. It seems Drew will be reunited with his on-screen twin Jason Morgan (Steve Burton). However, Burton once joked about the height difference between him and Mathison.

Drew originally came to Port Charles in 2014 with amnesia. At the time, viewers believed he was Jason who had undergone reconstructive surgery, making his face unrecognizable to friends and family. Jason had died a few years earlier after a confrontation at the harbor, and it was believed he had come back.

However, the real Jason returned in 2017, and this led people to discover Drew’s identity. It turned out Drew and Jason were separated when they were babies. Drew grew up alongside Franco Baldwin and under the care of Nurse Betsy Frank. He later joined the Navy SEAL.

Now that Drew is back, it is likely he will have many interactions with twin brother Jason. On the podcast That’s Awesome, which Burton hosts with co-star Bradford Anderson (Damian Spinelli), Burton shared his thoughts on Mathison joining the cast of General Hospital.

“Cameron’s such a great guy—such a nice guy with great energy,” Burton said. “I’m looking forward to [working with him]. I’m not sure what’s going to happen. I’m sure our paths will cross since we’re twins, right?”

Anderson assured Burton that, according to an article he had read, Drew and Jason would still be twins.

Cameron Mathison talks about joining the cast of ‘General Hospital’

Mathison has also talked about his feelings upon joining the cast of General Hospital. In an interview with Soap Opera Digest, he shared that he is excited to work with Burton and Kelly Monaco (Sam McCall).

“[Drew is] twins with Jason, and getting to play off of Steve — I’ve been buddies with him for a long time. Not close, but always really appreciated him and respected his work,” Mathison said. “So, to be related to Jason is super-cool, and obviously, working with Kelly [Monaco, Sam] — Kelly and I have known each other for a long time, from the DANCING WITH THE STARS days and beyond. I’ve just always been a fan of hers and now I get the chance to work with her — I’m guessing, considering that we have a child [Scout] together!”

Additionally, Mathison also told Entertainment Tonight that his co-stars are inspiring him to be his best self. He said, “I went in knowing these guys on General Hospital, and they’re in like, top, phenomenal shape, and I thought I better step up my game.”