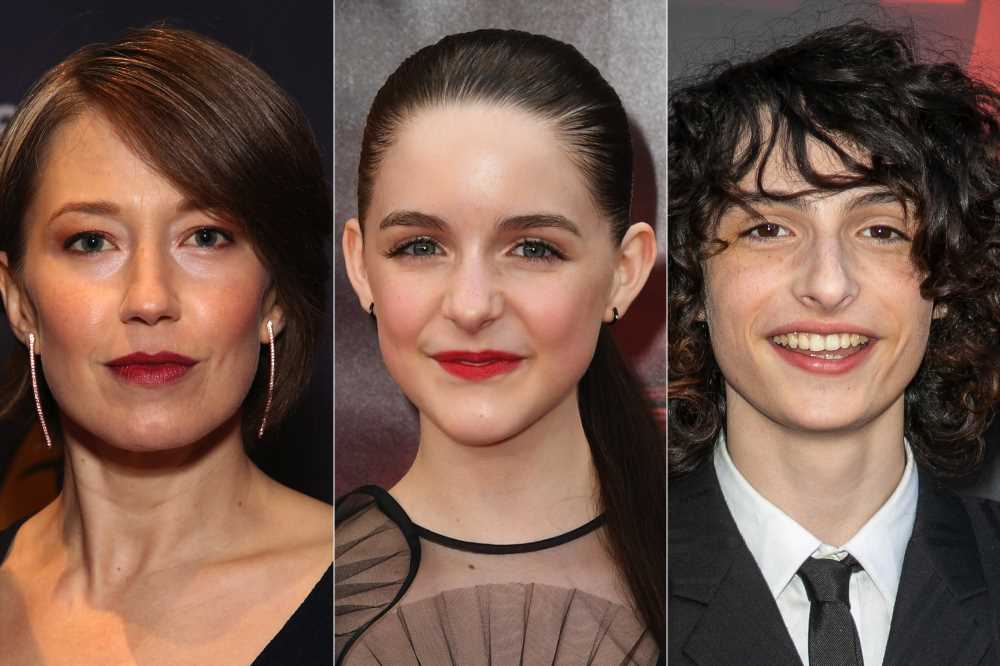 A new family just moved into the Ghostbusters universe.

Director Jason Reitman, who helms the new movie for a 2020 release date, shared the first cast photo from the Alberta, Canada set as filming kicks off. Carrie Coon (HBO’s The Leftovers), Finn Wolfhard (Netflix’s Stranger Things), and Mckenna Grace (Captain Marvel) debut as the familial unit at the center of this next story.

Coon portrays a single mom, while Wolfhard and Grace play her children.

“The Family’s All Here,” Reitman tweeted on Friday night.

The clapboard, held by Grace in the photo, reads Rust City, which is likely the fake production name used to throw off locals as the crew films on location. The movie currently doesn’t have an official title (that the public knows of), though the studio has been referring to it tentatively as Ghostbusters 2020.

Plot details are still unknown, but we know it’s an extension of the original Ghostbusters films.

“I’ve always thought of myself as the first Ghostbusters fan, when I was a 6-year-old visiting the set. I wanted to make a movie for all the other fans,” Reitman, whose father Ivan Reitman directed 1984’s Ghostbusters, previously told EW. “This is the next chapter in the original franchise. It is not a reboot. What happened in the ‘80s happened in the ‘80s, and this is set in the present day.”

Paul Rudd will play a teacher living in a small town — perhaps the small town shown in the background of Reitman’s photo. Newcomers Celeste O’Connor and Logan Kim recently joined the ensemble cast, while some of the original Ghostbusters stars will also feature in some capacity, according to Sigourney Weaver.

“This is very early, and I want the film to unwrap like a present,” the director said. “We have a lot of wonderful surprises and new characters for the audience to meet.”

Reitman shared an additional tease of the Ecto-1 ride this week. It’s definitely seen better days. The very first teaser for the new movie, written by Reitman and Gil Kenan, was a video of the rusting Ecto-1 sitting in a barn.