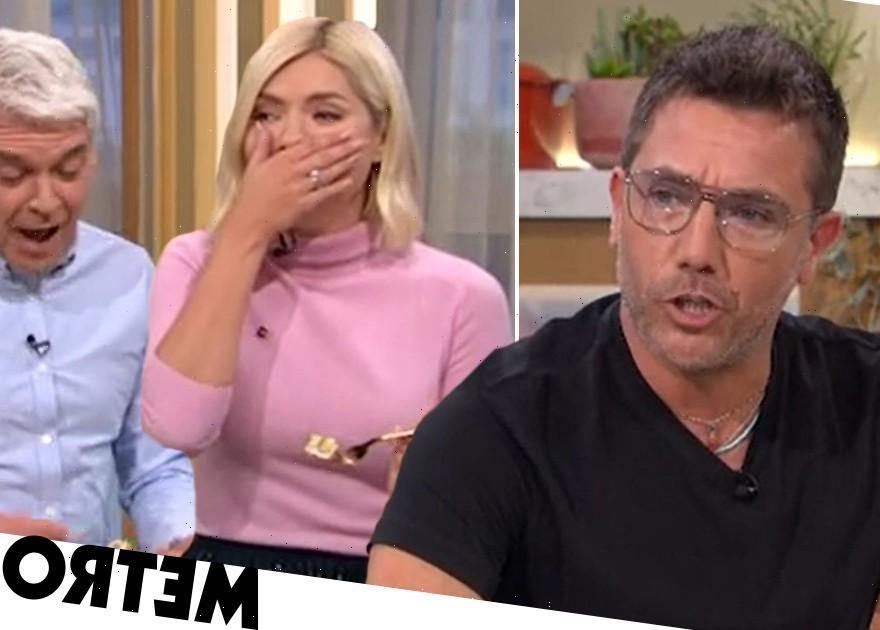 Gino D’Acampo was back in the This Morning kitchen causing chaos as usual and left Holly Willoughby mortified when he dropped a reference to her vagina during a gag.

Holly and Phillip Schofield were given a plate of tiramisu to tuck into by Gino after the news the creator of its creator Ado Campeol’s death earlier this week, aged 93.

But it didn’t take long for things to venture into bizarre territory as Gino tried to explain the geography of the Italian dish compared to his own background, which led to quite the expected outcome.

He told Holly: ‘Put your finger on your belly button. If that is Rome, the Belmonte region here is where the Savoiardi biscuit comes from.’

Pointing to Holly’s other arm, he said: ‘On the other side is Treviso, the Treviso region is where Ado comes from, so could be the truth, the fact…’

But seeing where things were going, Phil interjected: ‘I’m a bit concerned if he starts talking about Sicily here…’

‘No, Sicily is all the way down there,’ Gino continued, as Holly tried to walk off – before she was ushered back by the TV chef. 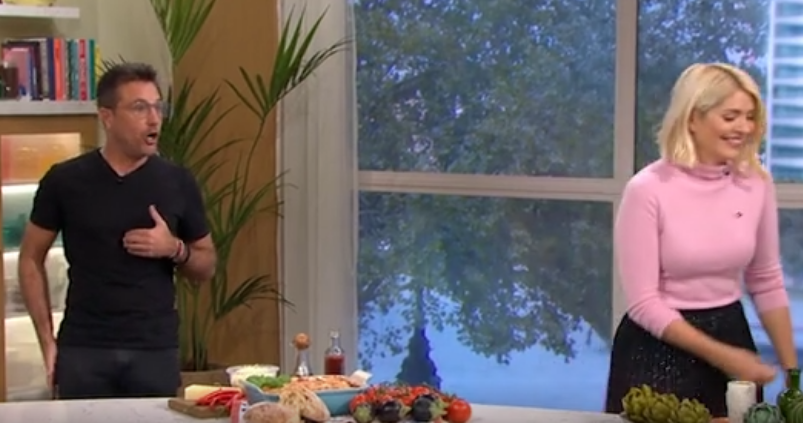 ‘But if your belly button is Rome, I was born in Naples which is on your side, I went to school where the Vesuvius is, so it’s more inland, with Phil weighing in: ‘I knew it.’

Not being able to resist a rude joke, Gino concluded: ‘So I can technically say I spent my youth training and playing around your vagina.’

Holly shouted ‘Oh my God, Gino!’ which was quickly echoed by her co-star.

‘You should maybe step away from the geography lessons and stick with the cooking side of things,’ Holly weighed in.

The trio all tried to move swiftly on and forget the bizarre moment but viewers soon commented on Gino’s explicit remarks and they were far from impressed.

One wrote on Twitter: ‘And I’ve always said Gino knows exactly what he’s saying, that’s why he has never been funny!! #thismorning.’

However, some did find the awkward moment funny, with one fan commenting: ‘It’s always hilarious when Gino comes on @thismorning #ThisMorning you never know what he is going to come out with.’

This Morning airs weekdays from 10am on ITV.