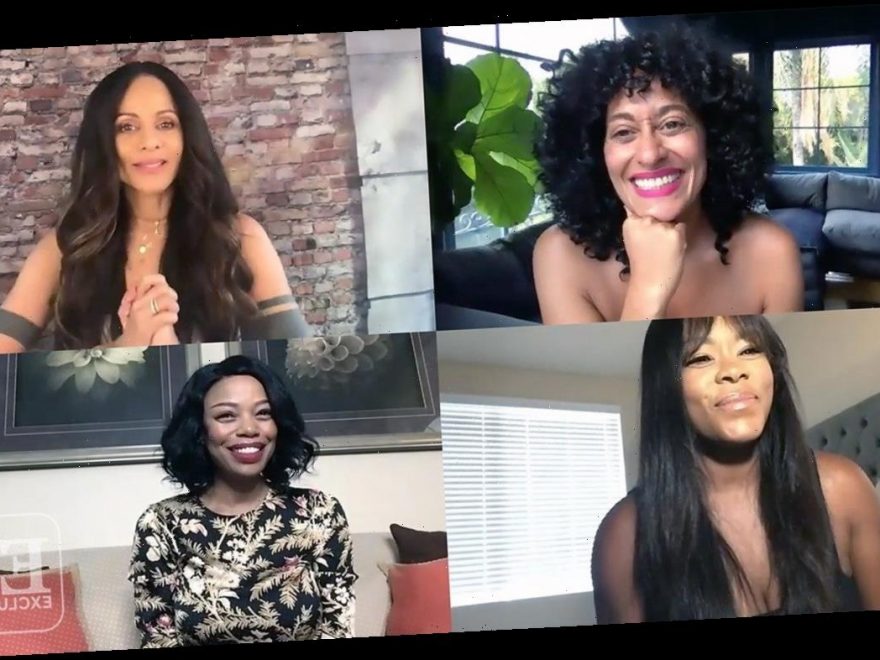 Our favorite Girlfriends are getting back together! To celebrate the 20th anniversary of the sitcom’s debut on Sept. 11, 2000, Tracee Ellis Ross, Jill Marie Jones, Golden Brooks and Persia White reunited over Zoom to look back on the series and celebrate its lasting legacy. But before they shared with fans, the foursome asked ET to exclusively debut their digital celebration.

“We’ve grown up together, the four of us,” Brooks says, after the women finished toasting each other. “We have come into our own. I have so many moments with each and every one of you that I can say, ‘That made me a better person.’”

Created by Mara Brock Akil, the series followed the lives of four Black women — Joan (Ross), Maya (Brooks), Lynn (White) and Toni (Jones) — as they faced “life’s test and triumphs together.” Over the course of eight seasons, they went from dating to divorce, faced families and friends, embraced their differing backgrounds and remained loyal friends no matter what.

In the 27-minute video, the cast digs way back to the start of the series, reminiscing about the first time they met as a cast and immediately had to do a photo shoot together. “We had to go through some hair things,” White recalls, before Ross chimes in to say, “The hair journey on Girlfriends, it is such a journey.”

“You could tell what we were going through by our hairstyles,” Brooks adds as the women crack up.

Not only that, but Jones reveals that several of them had braces early on. “We had full-on braces,” she says. And even though they were the clear kind — which were meant to be invisible to viewers — “you could tell something was off,” White adds.

Of course, ET was there from the very beginning — on set with the cast as they filmed season 1, where they explained what set this series apart from the rest of the TV landscape.

Later, during a visit to the set in 2006, Ross explained why the series continued to resonate with audiences. “The thing that’s beautiful to me about Girlfriends is our comedy is based in character,” she said. “It’s not based in shtick and that keeps the show alive and is the reason that after seven years there’s still a story.” 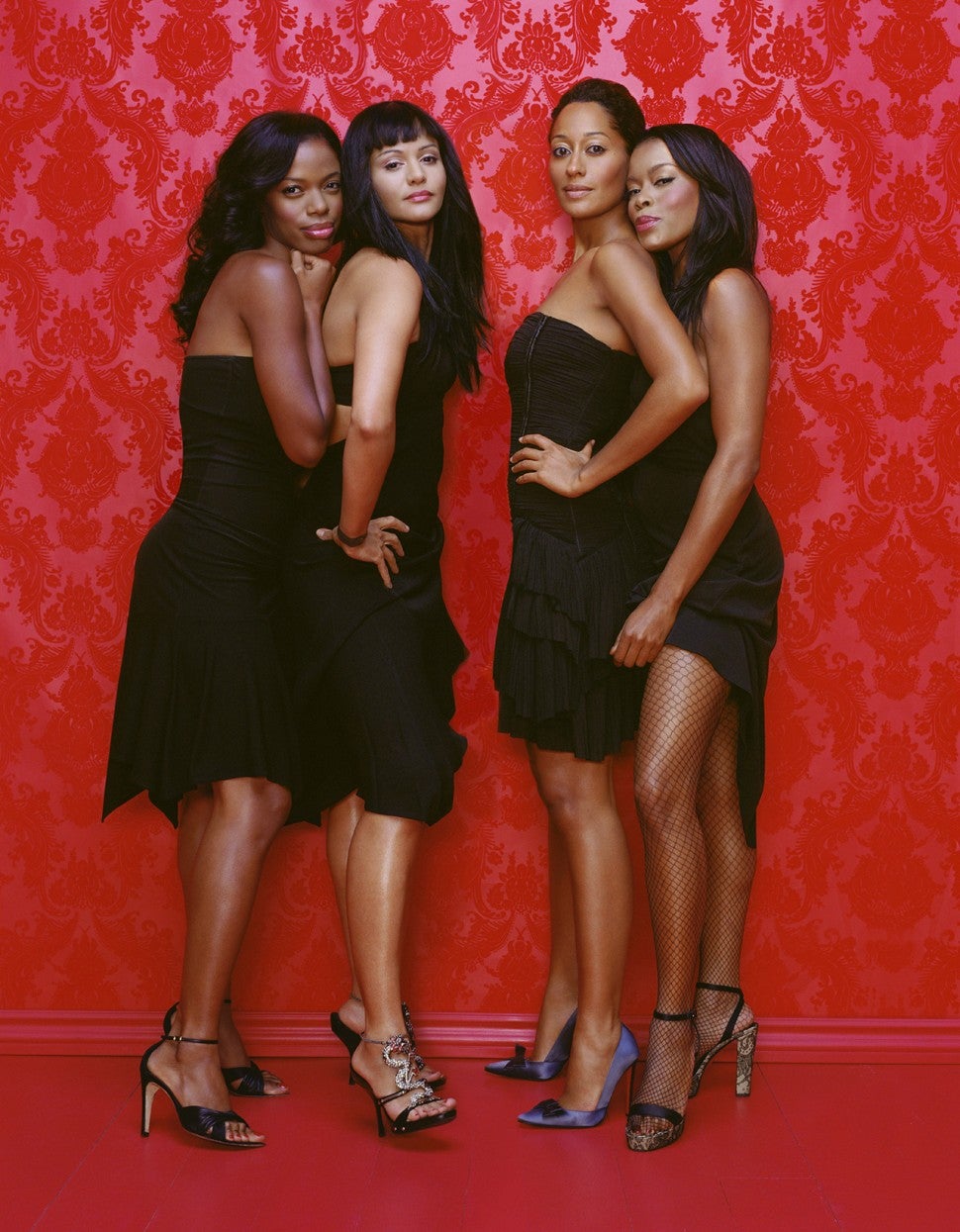 Before it was canceled amid the 2008 writers strike, Girlfriends also broke ground by dealing with issues of colorism, domestic violence, and gender politics. But as Akil previously told ET, it didn’t come without putting up a fight behind the scenes with network executives, especially over letting Ross wear her naturally curly hair or ensuring that the women could talk openly about their sexuality.

“Now, I am meeting a lot of millennial women who grew up on the show and are wearing their hair natural and talking about, ‘I carry condoms.’ That fills me with great joy,” the creator said.

“Mara really challenged our audience at a very early age when no one else was doing that,” Brooks says now, admitting that at times she fought for Maya and the stories that were being told.

In fact, “all four of us were so protective” of each other and the women they portrayed onscreen, Ross says, “We all believed in the power of representation in terms of the characters we were playing.”

“We are Black women, but we’re telling a story of women,” Jones adds.

Later in the conversation, the actress gets emotional as she reflects on the impact of the series and what it means now. “I just feel like we did something so beautiful and not just for women. For us, we need this right now,” Jones says. “I didn’t know it was going to do what it did.”

Ross concludes by saying, “I feel so proud of what we did together.”

In addition to the cast’s surprise reunion, Girlfriends as well as other classic Black sitcoms are also being made available to stream for the first time on Netflix. “I’m so excited to announce some really incredible, super exciting news. One on One, Half & Half, The Parkers, Sister Sister, Moesha, The Game, Girlfriends [are] coming to Netflix,” Jones, White and other stars announced in July via Netflix’s Strong Black Lead platform.

After watching all 172 episodes of Girlfriends on Friday, the leading ladies can be found elsewhere on TV. The fall, Ross returns to Black-ish, which hosted a mini Girlfriends reunion of its own last year, for season 7 and Books stars in the season 2 episode (“A Long Look in the Mirror “) of BET Her Presents: The Waiting Room in October. Meanwhile, Jones has joined the cast of the OWN series Delilah, which is set to premiere in 2021.