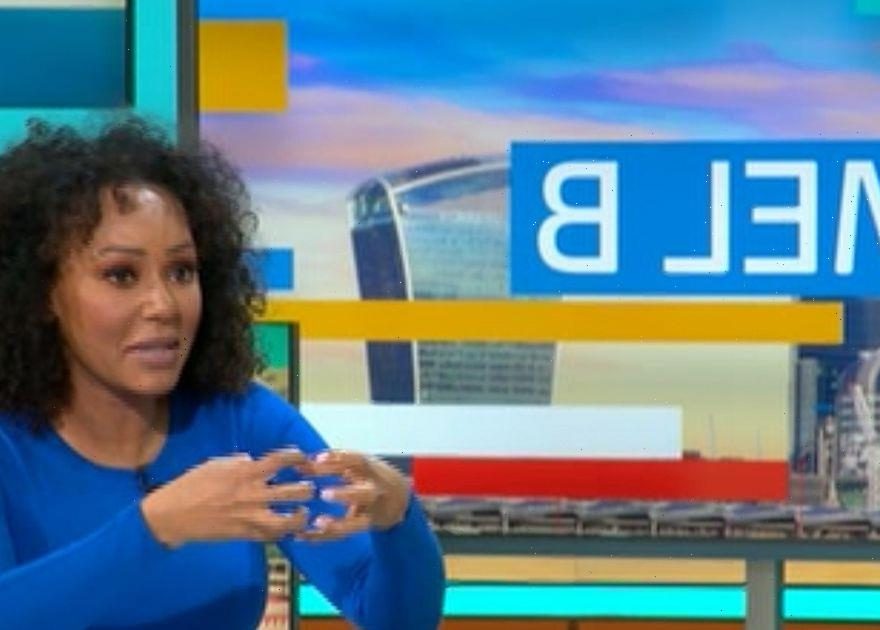 Spice Girls' star Mel B shrieked as Adil Ray caught her totally off guard with a question about her new boyfriend.

The star also spoke openly about the past trauma she'd suffered as a result of domestic abuse.

In the open and frank discussion, the 90s icon aimed to inspire others who may have been going through something similar, urging them to seek help.

However, the conversation was swiftly turned on it's head when out of nowhere host Adil blurted that the hitmaker had a "new boyfriend".

Catching the Wannabe star unexpectedly, he said: "You've got a new man in your life which is great."

Mel chirped back: "Ohh my gosh, where did that come from?"

Before Adil added: "Maybe you told our researcher, when you spoke to them."

The mum-of-three insisted: "I didn't. I think you read something in the Guardian today."

At this point, Mel turned to the crew in the studio in jesting manner to suss out who had been responsible.

Pointing her finger at ITV producers, she added: "Where are you?" Mel went on: "You know I've learnt I'm keeping my private life private and I think for me that's the best thing for me.

"But yeah, I'm with someone who is very kind, very honest, very loving.

"You know that’s what I need, I need somebody understanding."

Before she had a chance to finish, eagle-eyed Adil remarked: "I see there's a ring on your finger." The Leeds born lass, hit back: "Nooo, I've got my nails done though."

Trying to divert the conversation, Adil prompted if there would be Spice Girl's reunion on the cards.

Mel admitted: "I've heard there is a film reunion but that’'s the first I have heard.

"We've been talking about getting back together to do music."

Susanna asked: "Would Victoria be part of that?"

The former girl group member finished: "I hope so. I really hope so."