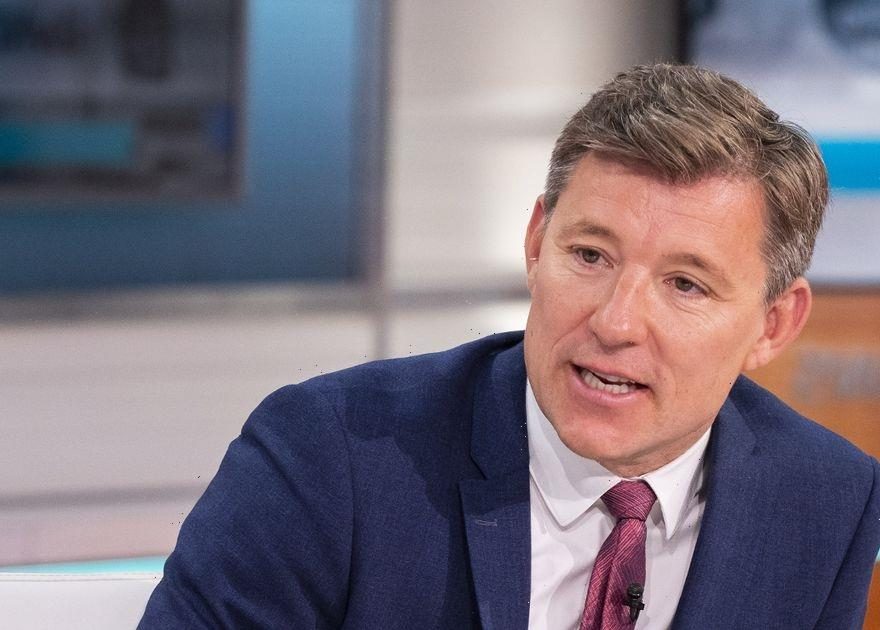 Ben Shephard explained to Good Morning Britain viewers about his leg injury just two weeks ago, revealing that he would need surgery on his leg after he severed his nerves so badly that he was unable to feel the damage.

He explained on the morning show that he had ruptured his ACL, torn his meniscus and fractured his leg during a football match – and today he is in hospital for his op to fix it.

Posting a snap from his hospital bed, he held his leg up to the camera which had pen markings on prior to the operation.

He wrote on the photo: "Op happens today! So far so good – arrow is on the correct leg!

"Andi Peters is on the tv and super stylish socks in place."

In a video on his Instagram story, Ben posted a clip of his leg in a cast with a faint orange stain on his leg – recognising the line before fans questioned it, he reassured them it was not fake tan.

"So they have repaired the ACL and the meniscus, so now starts the rehab, the very slow rehab.

Ben added: "I have to say though, the painkillers seem to be doing the job right now."

He will now face recovery time as he rebuilds the strength in his leg.

Ben continues to post updates on his Instagram – and even threw a subtle joke in the direction of Kate Garraway and Susanna Reid as he questioned why they once allowed him to broadcast while he was on painkillers.

Ben previously explained what happened to his leg after Susanna joked that Ben had showed up to work with "quite the get up" on his leg.

He said: "A few weeks ago, you may remember I played in the Cup Final of the Arthur Dunn veterans cup, my old boys team.

"We won the Cup Final, but I started with two legs and ended with one.

"Without realising, I have ruptured my ACL, I've torn the meniscus and I've fractured part of my leg as well."

It's likely he will return to his hosting duties after initial recovery time – but he may stay in a cast for a while.