After returning from a break, Good Morning Britain’s Laura began to present the weather forecast but as she spoke, viewers could hear her co-host’s laughing in the background. Their behaviour didn’t impress Laura who quickly turned to the pair and told them to shut up as she continued with her segment.

“Welcome to Good Morning Britain, if you look outside your window this morning, you are likely to see a lot of this,” Laura began as she pointed at a clip of rain.

“It is wet first thing this morning.”

As Ranvir and Kate could be heard giggling, Laura snapped: “Ranvir, pipe down! It’s the weather.

“She doesn’t care, she’s not even listening.” 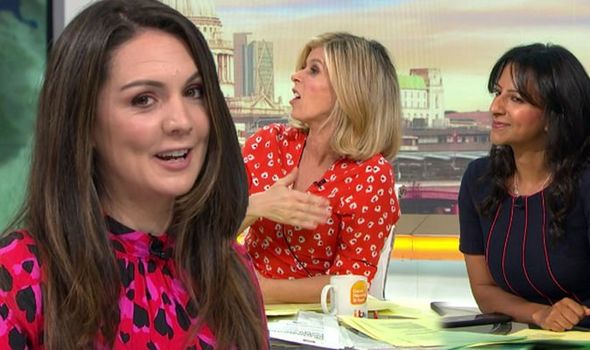 The camera panned to Laura’s co-hosts who were caught of guard and quickly apologised: “Sorry!”

Kate added: “Sorry, we were laughing, we were giggling, I’m sorry.”

“How dare you!” Laura warned them as her co-hosts turned their attention back to the forecast.

Kate replied: “We’re concentrating now. Ranger’s got to dance after this so you know.” 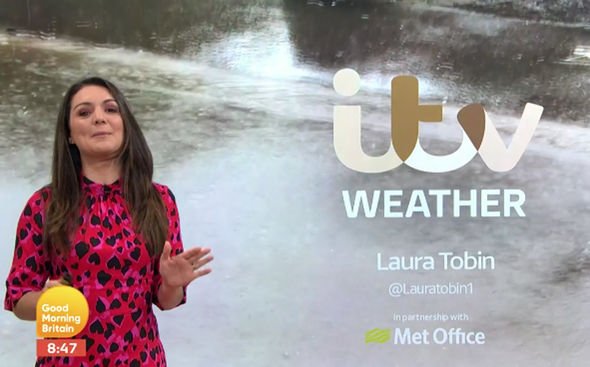 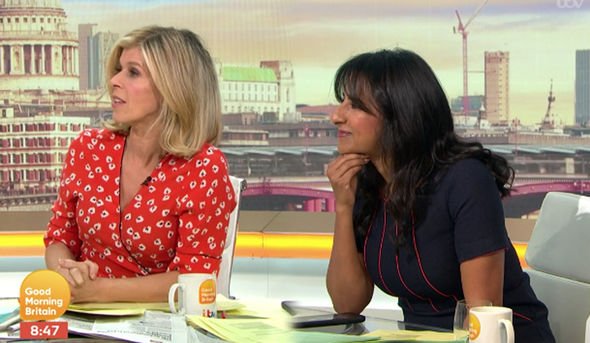 “They’re basically gossiping about Strictly, which is all we did in the make-up room this morning as well,” Laura told viewers.

She then turned her attention back to the weather forecast for the day and it looks like there will be heavy rain, strong winds but drier tomorrow.

It wasn’t just Laura who was unimpressed with Kate and Ranvir this morning as viewers hit out at the pair for interrupting Lisa Nandy during her interview earlier on the show.

The Shadow Foreign Secretary was grilled about the financial offer of support from the government to Greater Manchester.

But as she tried to answer Kate and Ranvir’s questions, the hosts continued to talk over her.

Ranvir commented: “The reason it broke down yesterday is because Andy Burnham wanted 65 and he wasn’t given 65 so it obviously, for whatever reason, the government have thrown their toys out the pram and it is 22, and who knows what will happen today.

“The point I’m asking is I just want to know why Andy Burnham asking for £65 million when neighbouring counties accepted £56 million?”

“Because we think that 65 is the absolute basic minimum we can have to help our people and businesses survive over the winter, the reason why Greater Manchester is,” Nandy answered before being cut off.

Kate spoke over the MP as she demanded: “I think Ranvir’s point is why do you need more than those other people?”