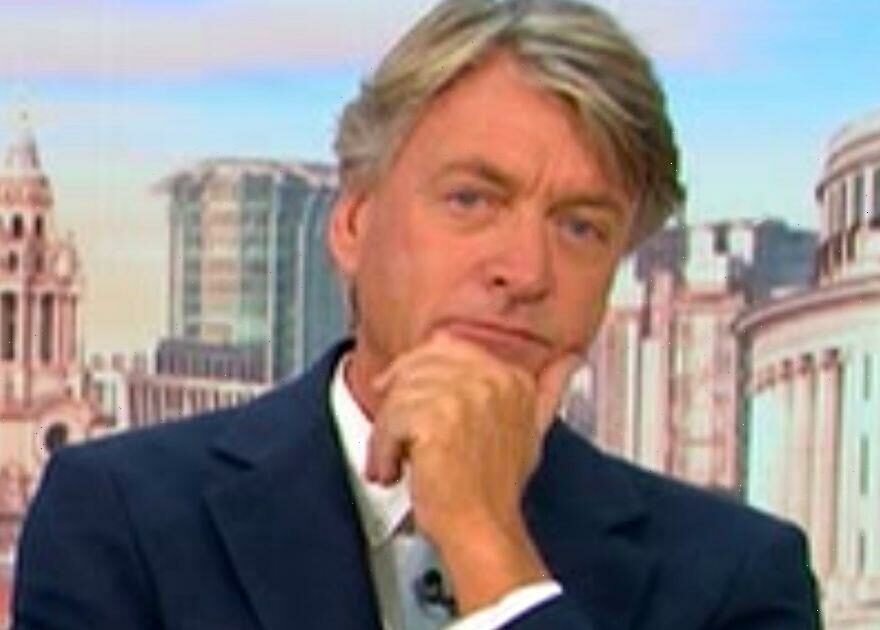 Speaking about The Duchess Of Sussex's new episode of her Archetypes podcast, the controversial anchor slammed the star for "moaning" about her job on Deal Or No Deal in the US.

"Is there anything Meghan Markle won't moan about?" he asked when the programme began at 6am.

READ NEXT: Good Morning Britain fans fume over TV icon saying that he should 'stay in the 70s'

"She's moaning about the show that made her – Deal or No Deal, the classic American show," he went on.

Richard added: "She's saying that the show, which she did in 2006, made her look like a bimbo and objectified her.

"And her co-bimbo who worked on the show – not! She has come out and said, 'Excuse me, I wasn't treated like a bimbo and neither were you actually, we weren't objectified'.

Susanna chimed in: "This is the latest episode of the podcast, Archetypes, of course," before Richard snapped again.

"Of course, well she never stops moaning – ever," he slammed.

Sticking up for the Duchess, Susanna said: "Or alternatively, it might be that she's analysing some of the stereotypes that women find themselves fitted into and one of them is to dress a certain way and look a certain way."

"Then why did she do it?" Richard snapped back.

"They pay you money and you make your choices," Richard blasted, before adding: "I mean, her co-star, who's a star in her own right now, I'm going to read this out now.

"This is the woman who's saying, 'No, no Meghan, no, it wasn't like that at all, we weren't objectified. We weren't treated as bimbos.'

"And she goes on to say, 'We got a lot of opportunities because of that show, our careers took off because of it.'"

Susanna then added: : "I think Meghan acknowledges that it was a really important job for her and enabled her to pay the bills.

"But yes, you're right Richard… she has done that in her podcast.

"And I think she did take a risk by saying that by taking that job she ended up looking like a bimbo because you're going to have every other woman on that show saying, 'Are you telling us that we're all bimbos?'

"They weren't just picked for the way they looked."

This came after Meghan released a new episode of her Archetypes podcast where she unpacked the term "bimbo" and spoke about her time on a US gameshow as a "briefcase girl" where she donned a short dress and opened up a briefcase.

"I ended up quitting the show," she said about her job on Deal Or No Deal.

"Like I said, I was thankful for the job but not for how it made me feel, which was not smart," she added.

Meghan later went on to add: "I didn't like feeling forced to be all looks and little substance. And that's how it felt for me at the time, being reduced to this specific archetype."