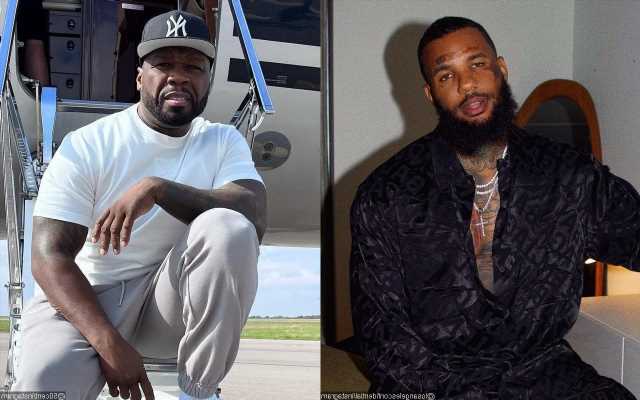 AceShowbiz –The Game has inserted himself in the ongoing feud between 50 Cent and his eldest son Marquise Jackson. The former G-Unit member has mocked his former groupmate-turned-foe over Fiddy’s sour relationship with Marquise.

On Tuesday, October 18, the Compton native posted on his Instagram page a photo of 50 Cent and Marquise from an old G-Unit ad from the early 2000s. “Like father like… wait, wrong picture. BRB,” he captioned it.

The Game followed it up with a picture of himself with his son Harlem. He wrote along with the image, “Ahhhh more like it. I love you son. @harlemtaylorr.” He added, “If you don’t want your dad playing favorites, leaving you out in the cold, n giving you scraps every month, come to DEATHROW.”

This comes on the heels of Marquise’s complaint about not enough child support payments. In an interview with Choke No Joke, he said, “$6,700 a month in the state of New York City, you do the math. You’re talking about a Forbes lister, you’re talking about someone that has problems with everybody, you can’t just live in any neighborhood.”

After he received backlash from people accusing him of being ungrateful, Marquise offered to buy his father’s time for the same amount of money. Along with a picture of him sitting on the floor with $100 dollar bills arranged behind him to spell out the word “entitled,” he wrote, “Since y’all think $6,700 is sooo much money someone tell my pops I will pay him $6,700 for just 24hr of his time so we can do everything I ever wanted to do with him as a kid.” He added, “Red Yellow Green whatever color he like.”

Fiddy appeared to respond with a clip from the Starz series “Power“, in which his character Kanan killed his son Shawn for betraying him. “No caption needed,” he captioned it.

The 47-year-old also inserted a dig at Marquise in a video for his ongoing European tour. The clip saw him soaking in the tub of his luxury hotel and turning on the TV, only to see Marquise’s infamous interview where he called out his father.

Livid, 50 Cent mumbled to himself, “This n**a’s crazy. You 25 years old, why you still talking about child support?” before he got up from the tub and answered the door. As he opened the door, G-Unit members Tony Yayo and Uncle Murda teased Fif, begging him for their own $6,700 payments.