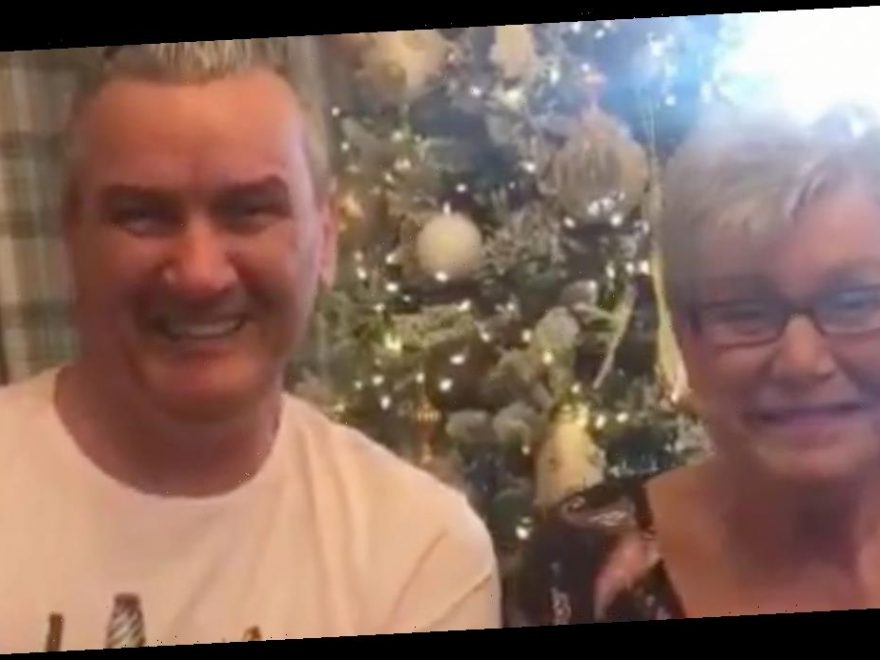 Gogglebox fan-favourites Jenny Newby and Lee Riley have confirmed when the Channel 4 show will return next year.

Over the weekend, viewers were left gutted when best friends Jenny and Lee told them that Friday's episode had been the last in the current series.

The show will be back over the Christmas period for some special episodes, however a regular series won't air until next year.

Taking to their shared Twitter account, Jenny and Lee posted a video captioned: "A quick message just to say thank you Goggleboxers."

In it, they said: "We just wanted to wish you all a very merry Christmas and a happy New Year."

Lee added: "And we'd like to thank you for supporting me and Jenny and all the lovely comments you tweet us each week.

"We do read them and we do have a laugh reading some of them, mostly because of her."

The cheeky chap then pointed at his friend with a funny look, which then sparked a little argument between the two of them.

Jenny was adamant that viewers didn't laugh at her, saying Lee was the one that did.

However he told her they do, as he giggled along.

Lee then confirmed the news everyone has been waiting for – when Gogglebox will be back.

He said: "Anyway, we'll be back in February. bye!"

Two months isn't long to wait, but luckily there's an even less of a wait for fans desperate for their next Gogglebox fix.

Three specials will air over the festive period, starting with a highlight of Celebrity Gogglebox this coming Friday (December 18).

Stars such as Rylan Clark-Neal, father and son duo Martin and Roman Kemp, Denise van Outen, Jamie Theakston and Ashley Roberts and Happy Mondays pals Shaun Ryder and Bez will be back on screen.

And on New Year's Day, a Festive Special is coming, with viewers set to see their favourite Gogglebox stars watching some of the biggest Christmas television moments.