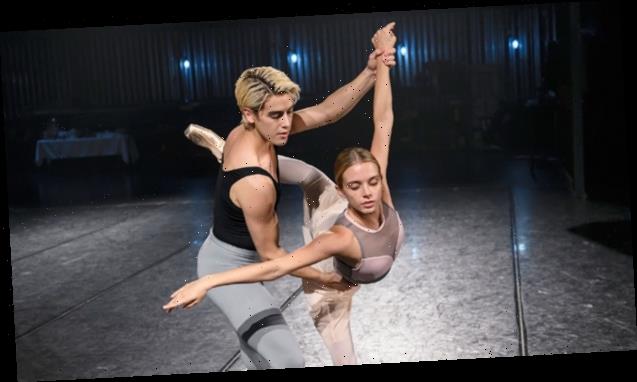 Brennan Clost is one of the breakout stars of Netflix’s newest hit ‘Tiny Pretty Things.’ HL spoke EXCLUSIVELY with Brennan about how Shane ‘resonated’ with him, Shane’s love life, and hopes for a potential season 2.

Tiny Pretty Things is Netflix’s latest binge-worthy hit that takes us into the intense world of ballet. Brennan Clost plays Shane McRae, one of the Archer School of Ballet’s most talented students. Shane tells it like it is and doesn’t hold back when it comes to his opinion.

HollywoodLife talked EXCLUSIVELY with Brennan about why this character was “perfect” for him and how his own childhood mirrored Shane’s. He opened up about Shane’s relationships with both Oren and Dev, noting that he thinks Shane will “always love” Oren no matter who they end up with. The actor and real-life dancer, who graduated from The Julliard School in 2016, also revealed what he’d most like to see in a potential second season. 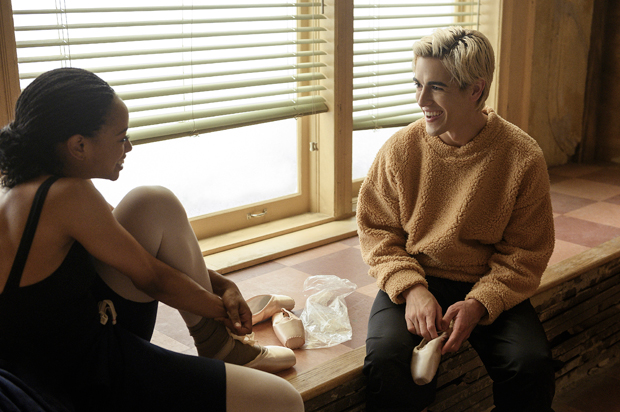 What was it about Shane that really intrigued you? Why did you want to audition for the role of Shane?
Brennan Clost: Initially, we all auditioned via self-tape. I actually was requested to self-tape for Oren initially for Toronto casting. I was thrilled. I just wanted to be on the show. It seemed like the perfect show for me to be on, this perfect blending of the classical training in dance that I’d done at Juilliard and my new passion for acting. I was thrilled to even get to read for the show. But I had read the Shane character description and what really resonated with me was that he’s described as this tormented soul who grew up bullied for his love of dance, and then when he escaped this small town that’s when he flourished. That felt very autobiographical for me. I really saw myself in that, even just in that short description. That’s really what I went through. I grew up in a smaller, more closed-minded town and moved around for dance. But I got bullied really badly growing up for being a male dancer, and for being different than my classmates at school. It wasn’t really until after high school that I really found myself in the world of Juilliard, where I was surrounded by like-minded individuals. So reading that in this character Shane, that’s really what he goes through growing up in this very conservative, closed-minded town. When he goes to this art school, he finds himself. for mentioned for being different and then goes to this art school and finds himself. Shane is someone who’s very expressive, so I was really attracted to the character because of that.

Did you know who pushed Cassie from the beginning?
Brennan Clost: While we were filming, we didn’t know who pushed Cassie. So all the episodes when it kind of switches who the suspected killer is, we didn’t know. When Shane is getting interrogated by the cop, I was like, oh my God, did I do it? We didn’t actually find out until we got the final script. They were pretty tight-lipped about it. Obviously, the person who pushed her was told at the beginning so they could kind of structure their character that way. But the rest of us weren’t told, and we didn’t know that they had been told. It was kind of like anyone could have been the killer as we were filming it, which was fun for us but also kind of stressful.

One of the key aspects of Shane’s journey in the first season is his relationship with Oren, whether they’re just friends or something more. By the end of the season, they’re both with other people. Do you think that Shane still harbors a love for Oren? Do you think there’s a part of him that’s still in love with him? Because I feel like Shane was…
Brennan Clost: I think so as well. I think all of us have this sort of first love, and there’s nothing that really ends up trumping it in a way. Even though you do move on, you rationally know it’s not right for you. They always hold a piece of your heart, and I think that’s really true for Shane. Shane’s also so young. I think he’s 16 and to have this person who is not only his best friend and his roommate, but he’s been his family since they moved to the school at around 10 and have been roommates ever since. So for like six years, they’ve been each other’s family and best friends. And then they blurred the line. Shane is still in love with Oren, and I think in a way Oren loves Shane so much, too. I think as much as I love Shane and Dev together, I think if Oren called, Shane would go to him. I think he always will love him. 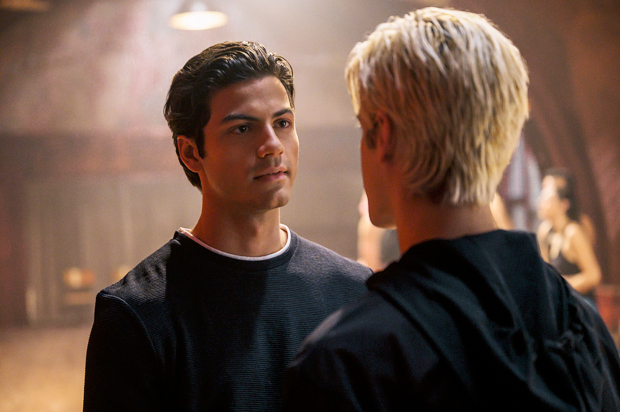 What do you think about Shane’s relationship with Dev?
Brennan Clost: I root for Shane and Dev. I love them together, and I love Josh [Pyman] who plays Dev. We became best friends while filming. And I don’t want them to break up. I want them to be together just to keep acting with Josh, but they’re also really not a healthy couple. Dev has a lot of his own demons about his closed-minded upbringing, and he’s still quite closeted. Shane feels like he has to change for Dev. He has that awesome monologue in the last episode where he says, “Last time, I was too angry for you. This time, I’m too soft. What is it? What fine line can I ride with you?” There is sort of this changing of himself that he has to do to be enough for Dev in a way. So even though Dev is seemingly healthier for him than Oren, it’s still quite toxic in a way I guess. Oren by the end really shows up through Shane the way Shane showed up for him all season. I remember watching the episodes because I obviously wasn’t on set when Barton [Cowperthwaite] was filming those scenes with Dev where he really shows up for Shane. It’s nice to see maybe there is a glimmer of hope for them in potential future seasons.

Shane is unapologetic about his sexuality. What was it like exploring that aspect of the character?
Brennan Clost: I had a chat with our showrunner the last week of filming. All of us had these one-on-one debrief meetings. I started crying in the meeting because I just said thank you for this role. It forced me as the actor to be so brave because I realized it was coming up against so many points of resistance within myself while playing Shane for things that I got bullied for in my own life. That Shane is so uninhibited and so unapologetically himself and so courageous in the way that he lives his life, it forced me to be brave. I remember standing in my trailer, wearing a sequined skirt, eyeliner, and crying in my trailer because I was so nervous to walk out. All of my classmates, of course, are very accepting and understanding and even the crew was, but the crew was like 150 straight men. I was shy to go out and work all day. It forced me to be really brave, and I think I grew so much as a person playing Shane. It was just the biggest gift. 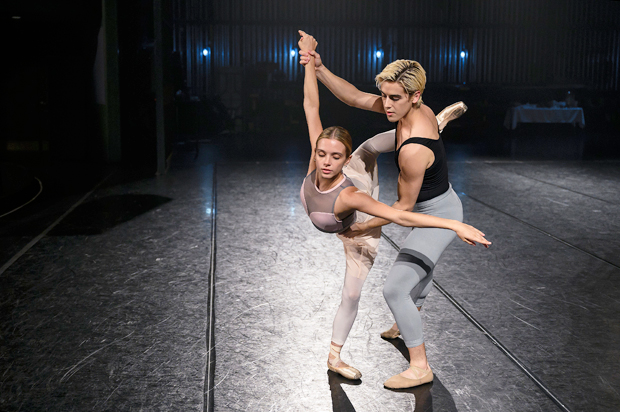 The season ends with Ramon’s murder. What would you like to explore in season 2 with Shane?
Brennan Clost: I would love to meet Shane’s parents. I think that would be such a complex relationship in that he does get out of that small town and becomes his family’s greatest hope. There is sort of this pressure that I’m sure he feels to make a name for his family. Shane’s entire family is in and out of prison. They’re just all screwups. They don’t really have their lives together, and he sort of has this glimmer of hope. I think it’d be really interesting to meet them. I also would love to explore his relationship with Bette. Cash [Casimere Jollette] and I dance together. We’re seen so much together on camera, but we really don’t have that many acting scenes together where it’s just the two of us. We have a few, but really when you see our characters together, we’re dancing. Cash and I were inseparable while filming. I think our writers and the showrunner saw that and would love to bring that into more seasons, but not in the way that they become best friends. I think they want to explore, and I would love to see them explore, this frenemy dynamic between them. I think it’s really interesting that in the studio they have each other’s backs, and then outside of the studio, all bets are off. But now they both also have this heartbreak over Oren that I think they kind of bond over and even Shane sort of showed up for her when she gets arrested. He goes and finds Matteo and tells him to go and save her. We’re going to dance for her. Shane in a way also has a heart for her, and I think she has it back for him.

Now that Cassie is back, I feel like Shane and Bette could really bond over that because they both have a very tense relationship with Cassie.
Brennan Clost: Both Shane and Bette got in full screaming matches with Cassie the night that she got pushed. They both have this hot target for her, and I would love to see them team up and take her down. That would be so exciting. 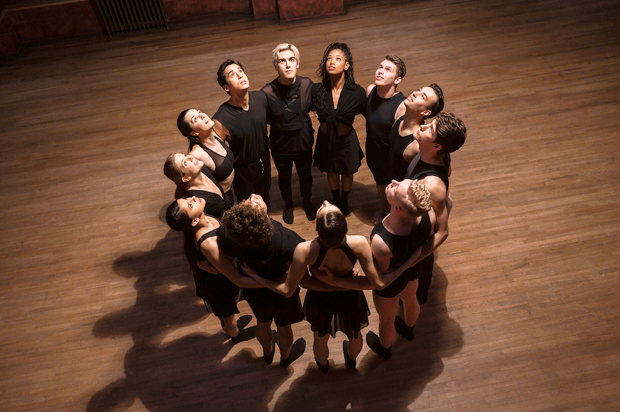 I’m so curious to find out what happens now that Cassie is back at Archer. I feel like everyone is going to be even more on the edge of their seats.
Brennan Clost: She says to Neveah in the last episode, and it didn’t even click for me until watching it back, that everyone was going and visiting Cassie even though we didn’t see it in season one. I’m sure Shane was going and visiting her and all of them were using her as a confessional. What secrets did they pour into her that now Cassie knows? There are so many possibilities for story there of these dark secrets that characters could have told her in confidence thinking she couldn’t hear. The whole Monique incident at the end… what’s going to happen to the school? Who’s going to take over? I would love to see Brooks kind of take over the Archer School, but then there’s Katrina Whitlaw and she’s kind of gunning for it.