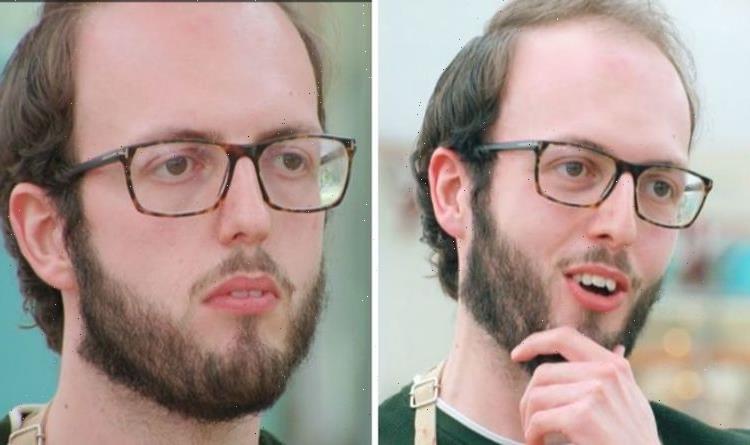 Bake Off: Rochica is eliminated from the competition

The new series of The Great British Bake Off is well underway, and two contestants have already been eliminated from the competition. Viewers were left unimpressed by Tuesday’s instalment after the judges made the decision to send Rochica home. The week before, budding baker Tom was the first contestant to be sent packing. However, in a recent interview, Tom has opened up about his time on the show. The 28-year-old admitted after his first cooking disaster he questioned why he even signed up.

Speaking about leaving the competition, Tom spoke about his biggest regret.

He told Kent Live: “In the first challenge I literally ended up flinging mini rolls coated in liquid chocolate onto a cake stand with five minutes to go and at least three cameras pointed at me.

“It was at that point I wondered, ‘What have I signed myself up for?’”

Tom went on to add his anti-gravity Showstopper was a “bit of a disaster”.

He explained he wanted to create a three-tiered lemon and almond cake to celebrate his love of classical music.

“The judges said that for an anti-gravity cake it didn’t really defy the laws of gravity,” he added.

Despite being the first contestant to leave the competition, Tom said his experience will be one, he’ll never forget.

As Tom presented his showstopper to the judges, before she had even tasted the cake, Prue told him she was “disappointed by the gravity-defying bit”.

“It was a bit of a disaster, to be honest,” Tom admitted. “It’s a lemon and almond cake.”

“It’s rather more almond than lemon,” Prue explained after she had tasted the cake.

Paul chipped in: “And although there is a bit of a lean, there is no way that is defying gravity.”

When Matt Lucas revealed Tom was the first contestant to be leaving, he simply replied: “Fair enough.”

He continued: “It did not go to plan at all.”

Speaking to the camera after his elimination, Tom concluded: “I have always been hard on myself than I really should be.

“I definitely am proud of myself, and I never say that so that must mean quite a bit.”

Viewers were also sad to see Tom leave the show, with many taking to social media to share their thoughts.

Erin penned: “Aw, Tom should feel proud of himself! I feel sad, he seems like a total sweetheart!”

While Nikki tweeted: “George and Lizzie were much worse than Tom. What a travesty.”

The Great British Bake Off continues Tuesday at 8 pm on Channel 4.