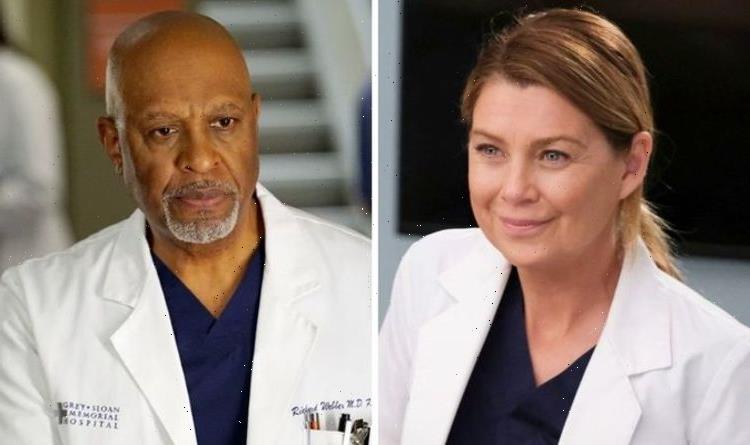 Fans were thrilled to learn the long-running medical drama Grey’s Anatomy had been renewed for an 18th season by ABC. Over a month after the latest instalment wrapped up at the start of June, the network has finally shared when Dr. Meredith Grey (played by Ellen Pompeo) and the rest of the Grey Sloan Memorial Hospital staff will return.

ABC have announced the highly anticipated 18th season of Grey’s Anatomy will premiere on Thursday, September 30 at 9pm.

The confirmed release date marks a return to the show’s more regular schedule as season 17 was pushed back to November due to COVID delays.

Grey’s will also be keeping its Thursday night slot from previous outings.

This season will sadly not feature Jesse Williams, Giacomo Gianniotti, and Greg Germann as series regulars as their characters all exited the show this year.

Spin-off series Station 19 will also return on the same night, with the first episode of season five starting at 8pm.

Devoted viewers were naturally thrilled by the news, especially considering fears the upcoming season could also be hit by delays.

Thankfully, network shows have largely been able to return to normality, and Grey’s Anatomy will return for ABC’s 2021-22 season.

Upon hearing the news, many fans took to social media to celebrate the impending return of the beloved medical series.

“Omggg as you should!!!” exclaimed one excited fan on Twitter.

“Can’t wait to try to believe that Derek is still alive but I can’t wait for the next season.”

Other fans were hopeful the new season could feature more cameos from the show’s departed cast as the series starts to wind down.

Another viewer demanded: “Y’all have 78 days don’t f**k it up, give us the people we want back. Make it interesting.”

More still were eager for Sandra Oh to reprise her role as Cristina Yang one last time after the actress’s fame skyrocketed with her role in Killing Eve.

Rumours are flying that Grey’s Anatomy is getting ready to come to an end after nearly two decades on air.

A conflicted Reddit user said: “Am I the only one who wants Grey’s Anatomy to end but at the same time want to have more seasons?”

However, despite rampant speculation, the long-running hospital drama may not be coming to an end next year.

Still, ABC will have to parse the reactions to the upcoming season now some of the show’s fan favourite characters have checked out of Grey Sloan Memorial.

Grey’s Anatomy season 18 will premiere on Thursday, September 20 on ABC.