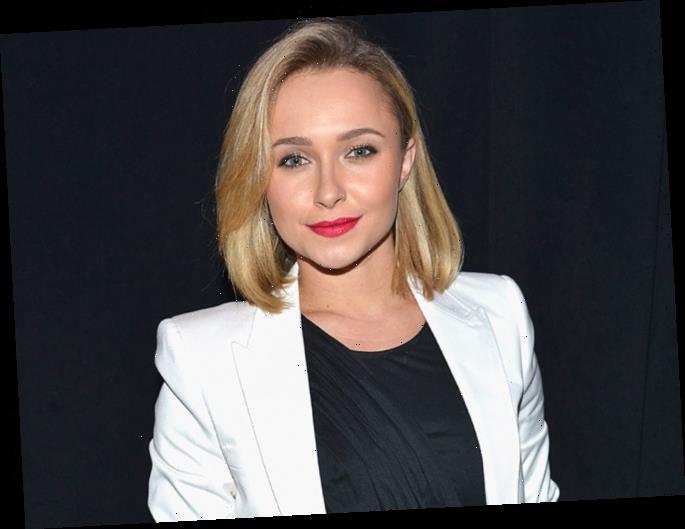 Hayden Panettiere is staying focused on all the positive aspects of her life.

After speaking out about her allegedly abusive relationship with ex-boyfriend Brian Hickerson over the summer, a source tells PEOPLE the actress is in a "wonderful headspace" and looking forward to all that's to come.

"Hayden is in a wonderful headspace. Things are so much better and she's really excited about her future. She's got a few projects in the works," says the source.

The source adds that Panettiere, 31, has also been spending time with her daughter Kaya Evdokia, 6, whom she shares with ex-fiancé Wladimir Klitschko.

"And she's spending time with her daughter," says the source. "She has an amazing relationship with Wlad. Things are going really well."

This week, Panettiere gave a shout-out to Klitschko on Instagram, posting a tribute to the Ukrainian boxing champ on his 45th birthday.

"Happy birthday to this wonderful man!" she wrote Thursday alongside a black-and-white photo of Klitschko.

Panettiere and Klitschko began dating in 2009, but split in 2011. They later reconciled and got engaged in 2013, though they never tied the knot.

The pair welcomed Kaya in Hawaii on Dec. 9, 2014, telling PEOPLE at the time, "We are over the moon and madly in love!"

Reports of their split came in August 2018 shortly after her hit show Nashville had ended.

Panettiere was then linked to Hickerson, an aspiring actor from South Carolina, that same month — but their relationship turned turbulent.

He was arrested in L.A. on a charge of domestic violence against Panettiere the following May, but the case was dismissed when she wouldn't testify. In February 2020, Hickerson was charged with domestic battery and interference with police in Jackson, Wyoming, after he allegedly punched the actress, per court documents obtained by TMZ. He pleaded not guilty.

After the former Nashville star told authorities in California that he had been violent towards her, Hickerson was arrested on July 16 in Los Angeles on eight charges alleging abusive incidents from May 2019 to January 2020, all of which Hickerson has denied.

Following his arrest, the actress addressed the alleged abuse she faced at the hands of Hickerson in a statement to PEOPLE.

"I am coming forward with the truth about what happened to me with the hope that my story will empower others in abusive relationships to get the help they need and deserve," she said in July. "I am prepared to do my part to make sure this man never hurts anyone again. I'm grateful for my support system, which helped me find the courage to regain my voice and my life."