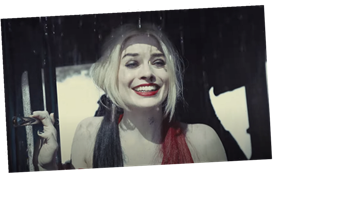 “The Suicide Squad,” like all of Warner Bros.’ 2021 titles, will debut day and date in whatever theaters are open later this summer and on HBO Max for 31 days. The release date is currently set for August 6, 2021. Director James Gunn has long billed the film as a gritty, 1970s war movie with comedic sensibilities.

The 2016 “Suicide Squad” was memorable for introducing Margot Robbie’s fan-favorite turn as Harley Quinn, who later got her own spinoff with last year’s “Birds of Prey.” While Ayer’s “Suicide Squad” was a box-office blockbuster that earned more than $740 million worldwide, the film was torched by critics across the board and turned out to be one of the worst-reviewed films of 2016.

While Gunn is bringing back some of the same characters from Ayer’s “Suicide Squad” (Robbie’s Harley, Jai Courtney’s Boomerang, Viola Davis’ Amanda Waller, and Joel Kinnaman’s Rick Flag), he’s gone back to the drawing board in terms of the story. He’s also mixing in some new cast members, including Idris Elba (as Robert DuBois, aka Bloodsport), Nathan Fillon (as Floyd Belkin, aka TDK), John Cena (as Christopher Smith/Peacemaker), Alice Braga (as Sol Soria), Pete Davidson (as Richard Hertz, aka Blackguard), and many more.

The plot is centered around the imprisoned convicts from Task Force X as they are sent on a new mission to the South American island of Corto Maltese to destroy Jotunheim, a Nazi-era prison and laboratory that held political prisoners and conducted experiments.

Gunn’s journey to “The Suicide Squad” took some unusual turns. While in the middle of developing his third “Guardians of the Galaxy” movie, Marvel parent company Disney cut ties with the filmmaker over controversial remarks he’d made on Twitter in the past. This stirred backlash from the cast, many of whom campaigned on social media to have Gunn rehired. Disney later agreed to bring him back on board for “Guardians of the Galaxy Vol. 3,” but in the meantime he struck a deal with Warner Bros. to helm his passion project, “The Suicide Squad.” Gunn also wrote the supervillain epic.

Watch the official trailer for “The Suicide Squad” in the video below.