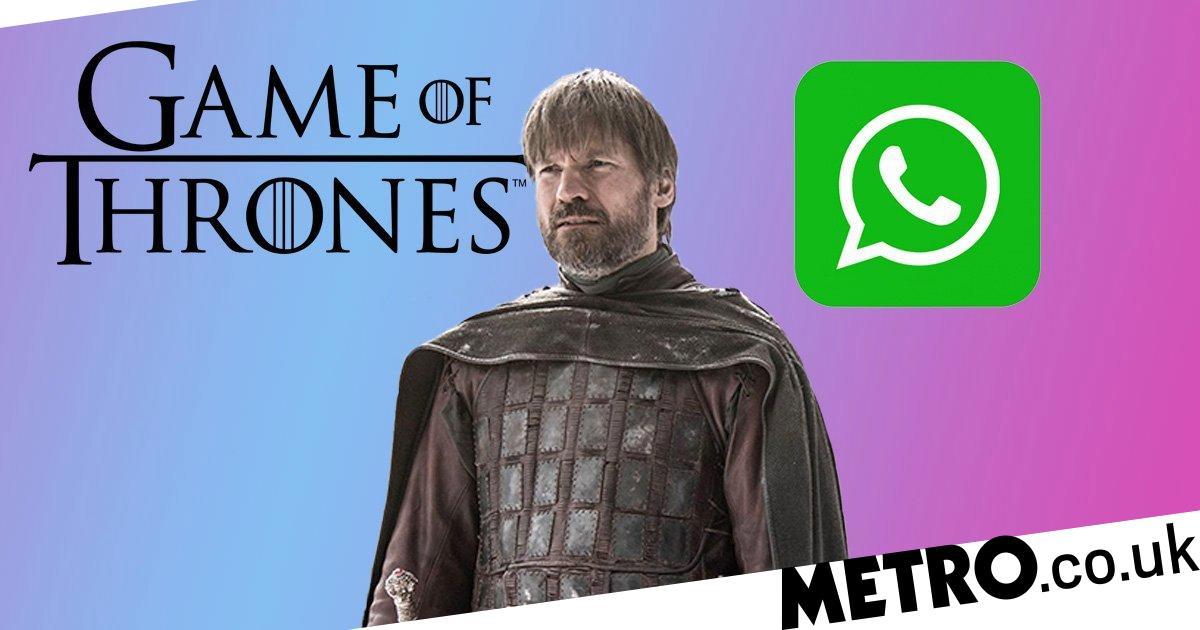 It’s all been kicking off on the Game of Thrones WhatsApp group and what we would do to read just one message from the most sought after thread in the business.

Jaime Lannister star Nikolaj Coster-Waldau has revealed the overwhelming onslaught of backlash which drowned out any praise for the eighth and final season from Game of Thrones was a massive sore point for the entire cast, understandably.

An online petition which surpassed 1.5 million signatures demanding season eight was rewritten is still growing by the second, showrunners D.B. Weiss and David Benioff have been officially listed as bad writers on Google and a rogue coffee cup became the most memorable character from the final chapter, which says it all.

In turn, the Game of Thrones WhatsApp group is feeling the hate.

‘Every season has been intense in terms of the attention and discussion, but it was extraordinarily intense for a final season,’ Nikolaj explained at a Game of Thrones convention in Nashville, according to HuffPost.

‘And we have this WhatsApp group, the actors, and I saw some people getting a little upset because some of the stuff is vicious, and if you make the mistake of start reading all that s**t, because if you guys get really angry about something—I’m sure you did, some of you—so you write to each other and go, “F**king assholes. This is so not what would happen! They ruined, they butchered George’s world!”

‘It’s just fun for you, but of course some got a little upset.’

He continued: ‘There was that weird feeling of, “What the hell? We worked so hard.” I’m not asking anyone to feel sorry, by the way. That’s not what I’m saying. I’m just saying how it was to get through that whole thing.’

Ultimately, the Kingslayer just wants us all to acknowledge how hard everyone worked on the final season, which took two years to make and cost $90 million only for a water bottle to sneak out of the back of Samwell Tarly’s chair in arguably the most pivotal scene from the entire eight seasons.

At another panel, the Danish-born actor stressed: ‘The only thing I’ll say is that for anyone to imagine or to think that the two creators are the show are not the most passionate, the greatest, the most invested at all, and to for a second think that they didn’t spend the last 10 years thinking about how they were going to end it is kinda silly.

‘And also, know that they too read the comments, and even though you sit on your own going, “f**king stupid writers, a**holes,” they really—like everyone on Game of Thrones, every single person, and there are thousands—worked our a***s off to make the best show we could for the ending.’

Game of Thrones seasons one to eight are available to stream on NOW TV.