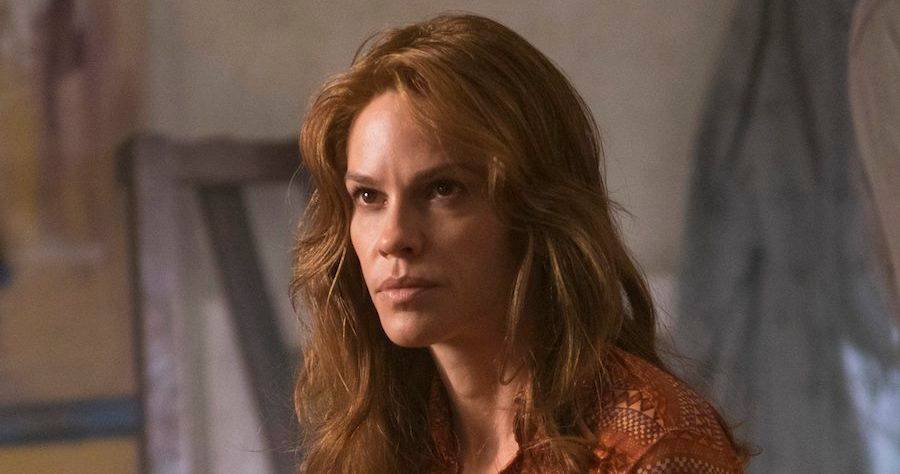 Universal and Blumhouse’s upcoming political action thriller “The Hunt” has made another big casting move. The film has added Hilary Swank to star alongside Ike Barinholtz, Emma Roberts, Betty Gilpin, Justin Hartley, and Glenn Howerton, Deadline reports. Director Craig Zobel (“Z for Zachariah”) is on board, and he’ll work from a script by Damon Lindelof and Nick Cuse.
So far, there are no details about Swank’s character. In fact, the plot in general is still being kept under wraps. It is said, however, to explore political tension in America, according to a March Deadline report. Given the title, we feel pretty confident guessing that there will be a hunt of some kind in there, too.
Swank, a two-time Academy Award winner, most recently starred in the films “I Am Mother” and “What They Had.” The actress also had a lead role in Season 1 of FX’s anthology drama series “Trust.” Coming up for her is another series, Netflix’s “Away,” as well as the movie “Fatale.”
“The Hunt” is to be produced by Blumhouse Productions’ Jason Blum and Lindelof of White Rabbit. Both Zobel and Cuse are set to executive produce alongside Universal’s Erik Baiers and Jay Polidoro.
[via: Deadline]