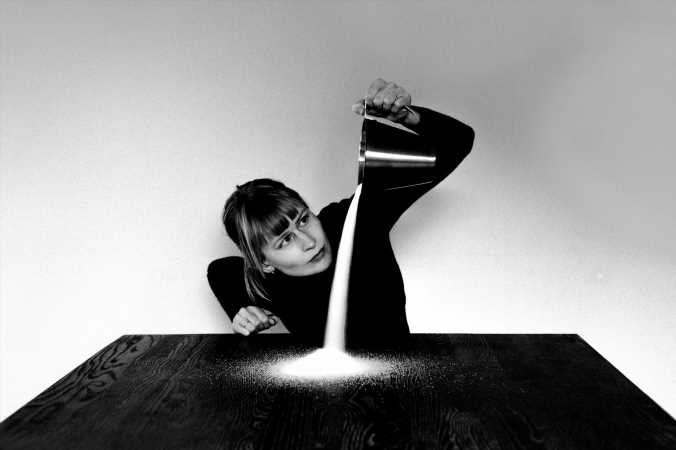 Norwegian avant-pop artist Jenny Hval released a new song on Wednesday, titled “Ashes to Ashes.” It is the lead single off her upcoming seventh studio album, The Practice of Love, due out September 13th on Sacred Bones Records.

In comparison to its sinister 2016 precursor, Blood Bitch — fantastical thesis on vampires and menstruation — The Practice of Love sees Hval take a quiet cruise through the rugged landscape of her interior world, where she reconciles dreams of love and intimacy with her corporeal reality. In “Ashes to Ashes,” Hval pairs a straightforward, free verse melody with textural elements borrowed from Nineties Eurodance music. Hval’s musings on sensuality float amid whirrs of arpeggiated trance synths: “I had a dream about this song that I had not written yet/Like I used to dream of fucking before I knew how.”

“I kept coming back to trashy, mainstream trance music from the Nineties,” Hval wrote in a press release. “I don’t mean trashy in a bad sense, but in a beautiful one. The synth sounds are the things I imagined being played at the raves I was too young and too scared to attend, they were the sounds I associated with the people who were always driving around the two streets in the town where I grew up, the guys with the big stereo in the car that was always just pumping away. I liked the idea of playing with trance music in the true transcendental sense, those washy synths have lightness and clarity to them.  I think I’m always looking for what sounds can bring me to write, and these synths made me write very open, honest lyrics.”

Although Hval’s new material may not singlehandedly revive trance music at large, it’s a welcome experiment to make in 2019 — one that makes the case for producers, or nerdy music critics, to start roving their local junk shops for Roland synthesizers. “I wanted to develop this new multi-tracked writing voice and take it to a positive, beautiful pop song place,” she continues. “A place which also sounds like a huge pile of earth that I’m about to bury my coffin in.”