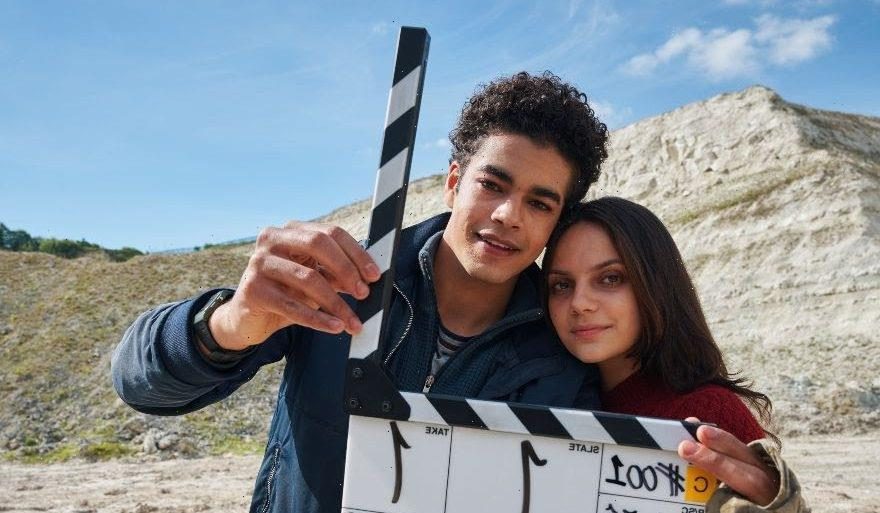 His Dark Materials is shedding some light on its third and final season. The HBO series has added six new cast members as the show heads into production of its final eight-episode season, which will adapt the events of the third book in Philip Pullman’s acclaimed trilogy, The Amber Spyglass.

HBO announced that filming has begun for His Dark Materials season 3, which will be an eight-episode adaptation of The Amber Spyglass, the final book in Pullman’s His Dark Materials trilogy. Production is taking place at the Wolf Studios Wales stages and on location throughout Wales and England. Directors for season 3 include Amit Gupta, Charles Martin and Weronika Tofilska.

Dafne Keen and Amir Wilson reprise their roles as Lyra and Will, two children who find themselves at the center of a war against God that spans countless alternate worlds. Yes, things have gotten crazy since Lyra first embarked on a quest to rescue a bunch of kidnapped children from Mrs. Coulter (Ruth Wilson) and the oppressive Magisterium of her world, and the series has transformed into a wild universe-hopping fantasy that pits supernatural forces against divine armies. Also returning in the third season are Simone Kirby as Mary Malone, Will Keen as Father President McPhail, Jade Anouka as Ruta Skadi, Ruta Gedminstas as Serafina Pekkala, and James McAvoy as Lord Asriel.

The third season, which will adapt the most ambitious and expansive book of Pullman’s trilogy, will be host to a number of new cast members, including Adewale Akinnuoye-Agbaje (Lost) as Commander Ogunwe; Jamie Ward (Tyrant) as Father Gomez; Kobna Holdbrook-Smith (Zack Snyder’s Justice League), Simon Harrison (No Man’s Land) and Chipo Chung (Into the Badlands) are the rebel angels Balthamos, Baruch and Xaphania; and Amber Fitzgerald-Woolfe as Ama.

In season 3 of His Dark Materials, “Will (Amir Wilson), the bearer of The Subtle Knife, and Lyra (Dafne Keen), the prophesied child, travel through multiple worlds to find and protect each other.” Which is a very simplified summary of the wild story that will unfold in the season that adapts The Amber Spyglass.

This is a season of angels and divine armies, with Kobna Holdbrook-Smith, Simon Harrison, Chipo Chung set to play a major part in Will and Lyra’s adventures as the angels Balthamos, Baruch and Xaphania, respectively — the first two of which were teased at the end of the show’s season 2 finale. Balthamos and Baruch are two fan-favorite characters in particular, who reluctantly team up with Will to rescue Lyra after she’s captured by Mrs. Coulter. I’m intrigued to see how the HBO series pulls off the depiction of the ephemeral angels, especially after the show noticeable struggled with using its budget for the CGI daemons. But this is the end stretch for the story, and one that the show has been working toward, so I can only imagine that they’re just as invested in pulling it off as all of us His Dark Materials fans are.

“The moment we started season one of His Dark Materials, we had mapped out all three novels to know the direction in which where we were heading,” executive producer Dan McCulloch said. “Every detail and character within this incredible work of fiction has been analysed and discussed for four years now, and to finally arrive in the many worlds of The Amber Spyglass is thrilling.”

His Dark Materials season 3 does not yet have a premiere date.