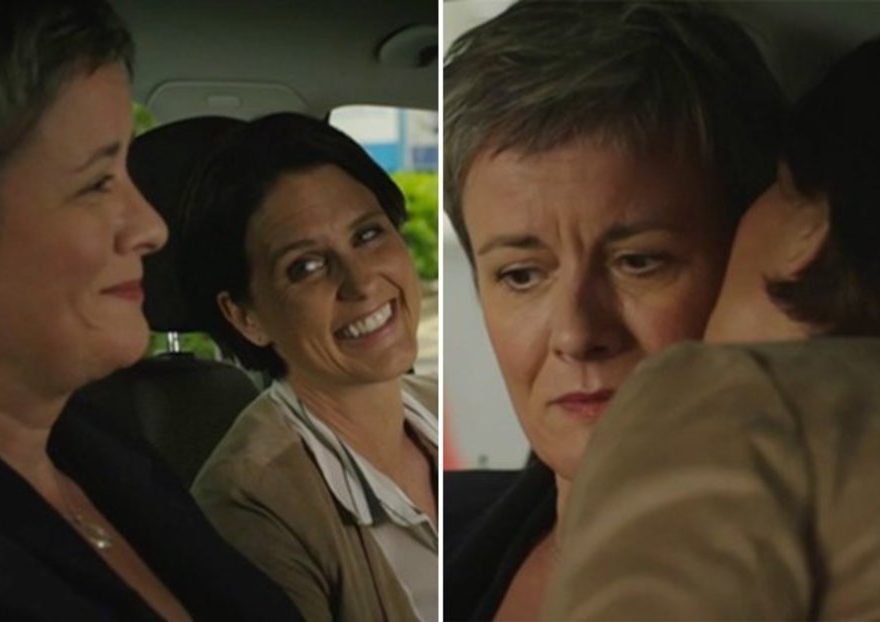 The pair had just attended Bernie’s (Jemma Redgrave) funeral after she was sadly killed in an explosion while serving her time in the army.

After the intimate ceremony, they slipped into Serena’s car to talk about their memories of her.

But things nearly got very heated for a moment as it looked like Alex might kiss Serena.

However, at the last minute, she decided to plant a kiss on her cheek instead before patting her hand and telling her: “It’s going to be okay”.

Viewers at home flocked to Twitter to share their thoughts on the sizzling tension between the two.

One user wrote: “During the scene with Alex in the car, mum and I shouted ‘no!’ so loudly that we scared the dog out of his seat…whoops!”

A second chimed: “Alex and Serena? What the actual hell?!” 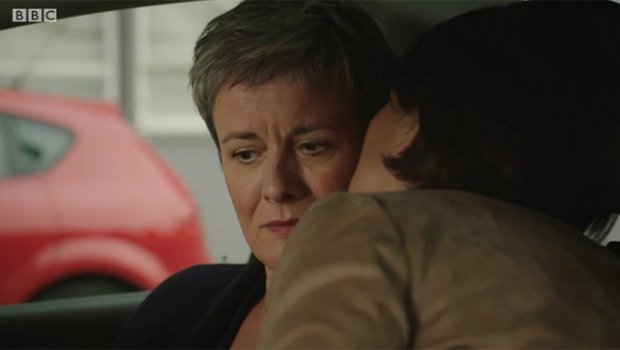 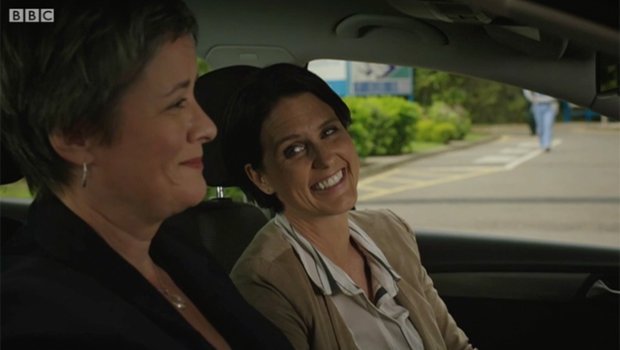 And another viewer said: “Alex kissing Serena’s cheek and holding her hand? Right in front of me!”

While a final person added: “Just vommed my dinner. Serena and wooden Alex? Oh do f**k off, Holby.”

Elsewhere on the show, Bernie’s son Cameron (Nic Jackman) was clearly struggling to come to term with her shock death.

The young lad decided to head off to the Linden Cullen Memorial Shrubbery to get drunk before going back to the hospital. 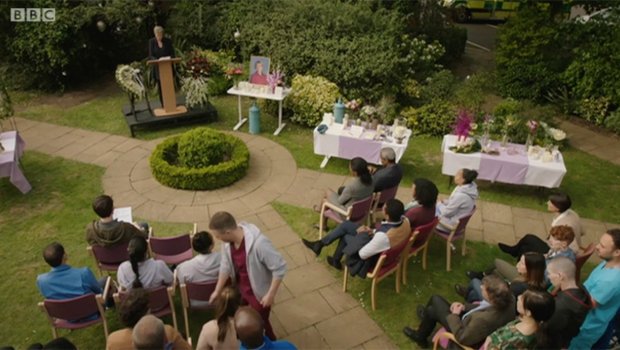 He then proceeded to distract everyone there by ranting and raving before throwing up all over the place.