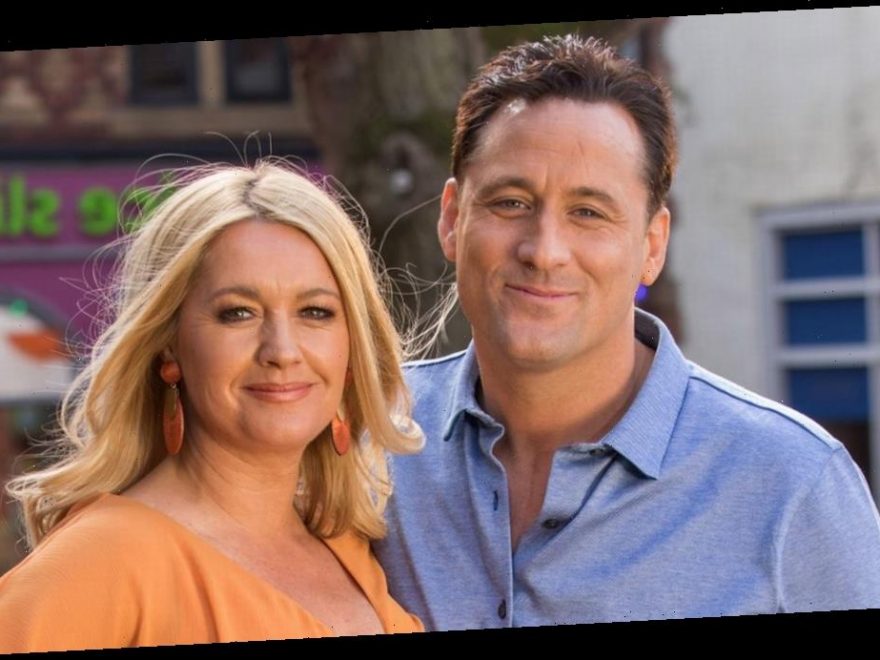 The soap star, who plays Diane Hutchinson, flaunted her red hair – a dramatic change to the bleach blonde locks she used to have.

During the show, stunned viewers said Diane was "unrecognisable" in her bright red tresses.

Speaking on the show, the Hollyoaks actress told how she sometimes doesn't recognise herself after her dramatic makeover.

She said: "I keep looking at myself and going ooh, there's me.

“Oh my goodness I did not know that was Alex Fletcher! She looks completely different,” one gushed.

Another said: “The new colour suits her so much, and she looks so much younger!”

A third added: “Wow, she looks amazing! Red hair is so much nicer on her."

While a fourth added: “It took me ten minutes to realise that she was a Hollyoaks star. What the hell!”.

Alex was on the show alongside co-star Nick Pickard, who plays Tony Hutchinson, to tease a big storyline coming up at Christmas.

Discussing the storyline, she said: "Christmas is going to be big for us on screen," before adding that "something major happens, but it's kind of this love triangle, who she's going to be with."

Alex has entertained Hollyoaks audiences for the past ten years after joining the cast in 2010.

During the show she told at her excitement after finally being back on set after the soap was halted for over six months due to lockdown.

Alex also spoke about returning to the set with the new social distancing measures in place, saying: "They're cheating a lot of the positions which we can do with a single camera.

"It's been okay, you just can't do any intimate scenes… Everyone's making it work. You've got to."