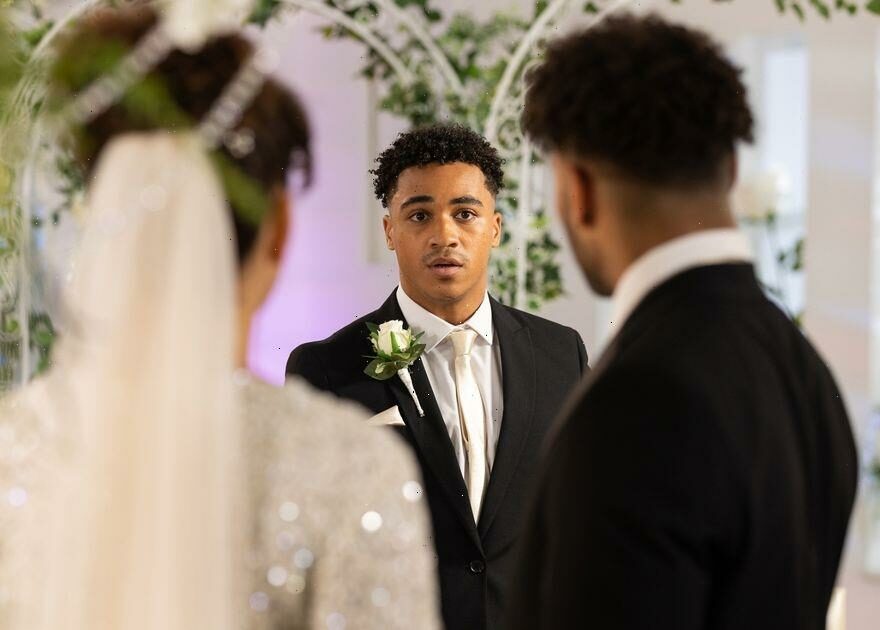 Hollyoaks actor Theo Graham has revealed that Hunter McQueen is hiding a big secret upon his return to the village.

However, things don't go plan as bride-to-be Olivia sleeps with Hunter, who believes her to be a bridesmaid, on the night before the big day.

Speaking about the ultimate act of betrayal, Theo explained: "They found solace in each other, but of course when Hunter finds out the truth, in true Hollyoaks style he’s gobsmacked and speechless.

"He’s obviously angry given the situation, he’s torn about whether to do the right thing and tell Prince, or can he move on and let him be happy?"

Whether or not Olivia and Prince become husband and wife remains to be seen, but there appears to more to Hunter's return.

The soap star said: "I think at the start Hunter is well behaved, but I know where his journey is heading.

"He’s definitely holding something back, there’s a reason why he’s returned, but you’ll have to tune in to see what that is."

Opening up about being back in Hollyoaks, Theo added: "It feels so great to be back – it’s like I’ve never left.

"We all get on so well so it’s nice to be filming with them all again.

"I did see Malique [Thompson-Dwyer] quite a lot since I was last at Hollyoaks, we would go to the gym together and hang out, and Chelsee [Healey] I saw every now and then, but every time we all get in the same room and see each other it’s all love so great to see them regularly again.”

Hunter was last seen on screen back in 2018 when he fleed the village to move to Bright with his girlfriend Asha Kaur (Rukku Nahar).

Before his exit, Hunter encountered a woman at Mac Nightingale's care facility, whom he soon discovered was his former partner Neeta's sister Asha.

For his performance as Hunter, Theo won Best On-Screen Partnership at the 2018 British Soap Awards alongside Malique Thompson-Dwyer, as well as earning a nomination for Best Actor.

In between leaving and returning to Hollyoaks, the actor had recurring and supporting roles in ITV miniseries Brief Encounters and 5Star series Clink.

As of 2021, Graham stars as Dane in the Netflix series Fate: The Winx Saga.

Hollyoaks airs weeknights on Channel 4 at 6.30pm followed by first-look episodes on E4 at 7pm.