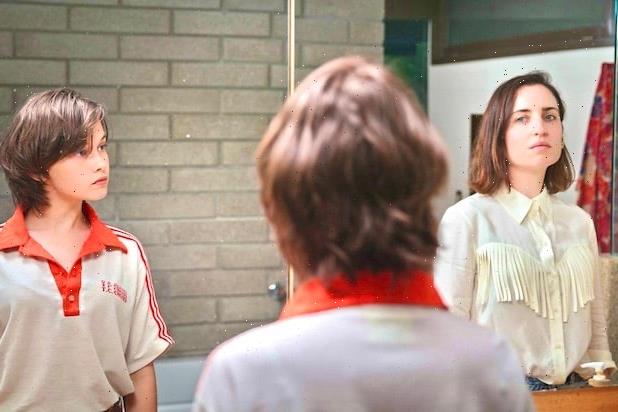 Daryl Wein and Zoe Lister-Jones’ comedy is like Lars von Trier’s “Melancholia,” but without all the, um, melancholia 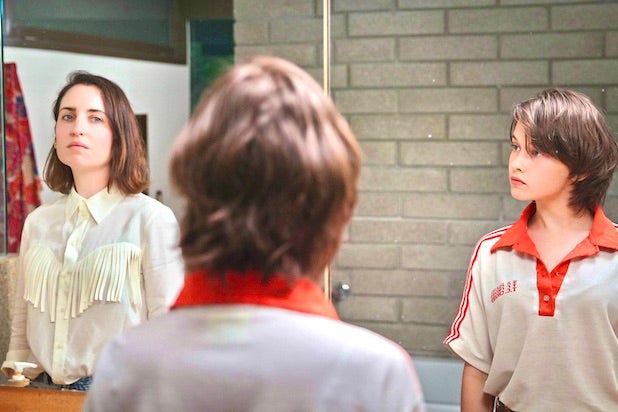 This review of “How It Ends” was first published after its January 2021 premiere at the Sundance Film Festival.

The cheeriest movie ever made about Armageddon, “How It Ends” started as a way to be productive during the pandemic and ended up as a cameo-studded lark that also manages to be a touching examination of the regrets we carry around. Writer-directors Daryl Wein and Zoe Lister-Jones keep things light on this scenic tour of Los Angeles by foot, but they also manage to bump up against some big ideas without letting their comic tone get too blue.

The film premiered in January at the virtual Sundance Film Festival, where Wein and Lister-Jones have spent a fair amount of time in the past, and it’s an endearing Sundance bonbon: quirky but not annoying, charming but not cloying, slight but in a good way. Wein and Lister-Jones, who occasionally direct indies together (“Breaking Upwards”) and work on bigger projects separately (him: “Mozart in the Jungle” and “Single Parents”; her: acting in “Life in Pieces,” directing “The Craft: Legacy”), came to this film looking for a project they could shoot quickly and with social distancing during the pandemic, and found a sweet spot.

Lister-Jones plays Liza, a morose young woman who has a plan for what she says will be her last day on Earth: “I just want to get really f—ing high until I puke and then die,” she says to a younger woman who, it turns out, is her inner child, who’s not so inner anymore and is played by Cailee Spaeny (“On the Basis of Sex,” “The Craft: Legacy”).

Liza’s premonition of doom, it turns out, isn’t just a bad feeling or a suicidal tendency; she’s not like Kate Lyn Sheil in the recent indie “She Dies Tomorrow,” with a seriously contagious sense of impending doom. No, in fact Liza is going to die tomorrow, and so is everybody else, because a meteor is going to destroy the planet in the wee hours. (Think Lars von Trier’s “Melancholia,” but without all the, um, melancholia.)

Egged on by her younger self, who is altogether less neurotic than she is, Liza decides to spend her final day tying up some loose ends in her life: confronting her parents and assorted old boyfriends, for one thing. Then she’s going to make it to one last party, get blasted and go out with a bang.

It doesn’t happen exactly like this, of course. “How It Ends” turns into a road movie of sorts, with the roads mostly being hilly residential areas of Los Angeles but stretching as far as the beach. The two women (or is it one woman in two bodies?) make the trek on foot because Liza’s car has been stolen, although viewers should be advised not to try it on your own — if you know anything about L.A. geography, you’ll know this route is definitely not walkable in a day, especially in high heels.

But who’s gonna nitpick about geography when the world’s about to be smashed by a giant meteor? (Or is it an asteroid? More nitpicking.) What counts here isn’t the road map, but the stops along the way — because those stops find them encountering (from a safe distance, mind you) a hefty chunk of Wein and Lister-Jones’ contacts list.

There’s Fred Armisen as somebody else’s inner child, Helen Hunt and Bradley Whitford as Liza’s parents, Olivia Wilde, Lamorne Morris, Finn Wolfhard, Sharon Van Etten, Rob Heubel, Paul Scheer, Colin Hanks and Pauly Shore for starters, most of whom get a funny five minutes or so before the Lizas move on. It’s silly to single out a favorite, but let’s just say that the scene between Lister-Jones and Wilde, in which an entire conversation takes place with both women speaking simultaneously and never stopping to listen, would have killed in any Sundance theater if it could have been shown to a live audience.

Everybody in the movie has pretty much accepted that they’re all gonna die and are facing the end without undue angst. It leads to one oddball encounter after another — although around the time that kind of episodic cuteness might wear thin, Liza and Younger Liza do manage to get into some serious soul searching, which works mostly because Lister-Jones and Spaeny are so adept at adding up to one amusingly messed up person.

With its sprightly take on doomsday, “How It Ends” might be a pandemic movie for the stage of the pandemic where it’s possible to see some hope. It’s not going to resonate in dark times or anything like that, but the path to utter destruction has never seemed like such a pleasant stroll.

“How It Ends” opens in select theaters and via video on demand starting July 20.