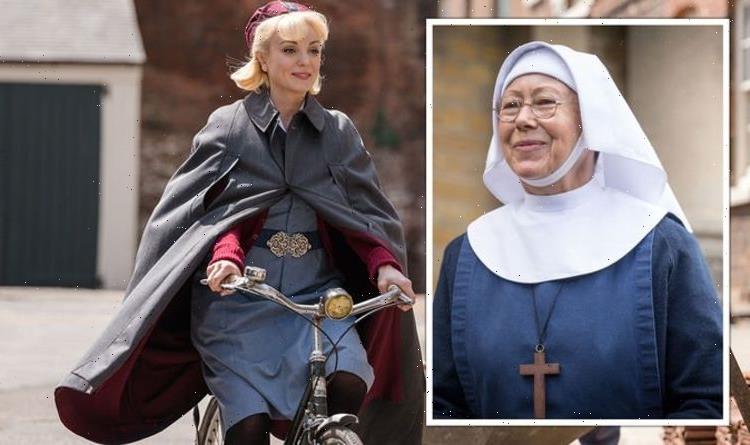 Call The Midwife is back on BBC One with a new batch of episodes, following the Christmas special. The festive episode focussed on the marriage of Lucille Anderson (played by Leonie Elliott) and Cyril Robinson (Zephryn Taitte). Express.co.uk has all you need to know about how many episodes are in the latest season.

How many episodes are in Call The Midwife season 11?

The new season of Call The Midwife is set in the late 1960s and the first episode on January 2 takes place at Easter.

Demolition works in Poplar in a tenement block reveal a long-buried secret.

The discovery leads to a police investigation and the nuns and midwives at Nonnatus House find themselves entangled in the case.

Emotions are set to run high as the mystery unravels, meanwhile the Flemings return with mixed news.

The 11th season is made up of eight episodes, which will air weekly on Sundays in the same timeslot.

The full episode schedule for the hour-long instalments is as follows:

Trixie Franklin actress Helen George opened up about the trials and tribulations of filming season 11.

Speaking to Express.co.uk she said: “Normally, we have six months between filming, but because of the pandemic, we crammed two series together so we actually only had two months in between them.

“I think everyone is a bit exhausted as filming two series back to back is quite a task.”

The upcoming season, set in 1967, could touch on abortion laws and the Sexual Offences Act which decriminalised “homosexual acts” between adult men.

The series is known for tackling hard-hitting and taboo subjects and raising awareness.

Dr Turner actor Stephen McGann, who is married to the show’s creator Heidi Thomas, teased a shocking twist in the upcoming season.

He said: “I think for people who watch the show – I think it’s a departure. It’s different. It’s ambitious.

“That’s when it’s time not to tell you anything. But it’s one of those things that everybody, in their way, is affected by. Everyone comes into their own.”

She said: “There are a lot of different medical issues that arise. There’s abuse again, which we’ve had in the past, but it comes back in a different kind of way.

“Sex education comes into this, and people would object to it. And trying to deal with that, and whether it’s a part of what they should be doing or not. There’s lots of new things that come in this particular year.”

Fans have taken to Twitter to share their excitement ahead of the new season, with Caitlyn saying: “Quite the #CallTheMidwife Christmas this year.

“Another spectacular special rounded off Saturday. Brilliantly written, acted and always leaves us wanting more… or reaching for tissues. Gladly watching since 2018. Bring on Season 11! Thank you @CallTheMidwife1.”

Call The Midwife airs on BBC One on January 2 at 8pm.