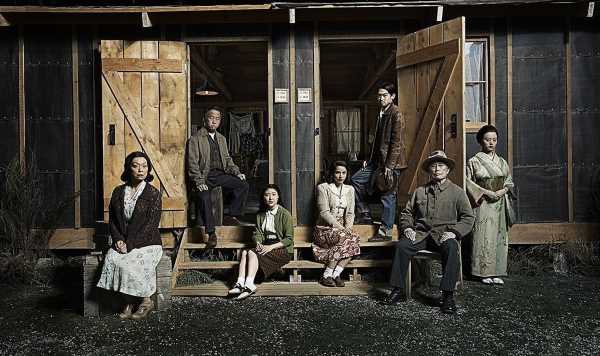 The Terror: Infamy makes its debut on BBC Two tonight, with a double-bill airing from 9pm. A new setting, new cast and new supernatural elements make the second outing even more exciting. Express.co.uk has all you need to know about how long the anthology series will air.

How many episodes are in The Terror: Infamy?

The Terror follows the disappearance of a Victorian polar expedition in the first season.

Yet the series is returning to the BBC with a brand new story, moving things forward to 20th century America.

This season will focus on the bakemono, a preternatural creature from Japanese folklore.

The spectre follows an Asian American fishing community from Southern California to the internment camps of the Second World War.

The series is made up of 10 episodes, with the first two airing tonight.

All of the 40-minute episodes have been given unique titles, and they are as follows:

Episode one – A Sparrow in a Swallow’s Nest

Episode two – All the Demons Are Still in Hell

Episode four – The Weak Are Meat

Episode nine – Come and Get Me

Episode 10 – Into the Afterlife

All of the episodes will air on Fridays at the same time of 9pm.

The official synopsis says: “Set during the Second World War, the haunting and suspenseful, second season of the horror-infused anthology, The Terror: Infamy centres on a series of bizarre deaths that haunt a Japanese American community, and young photographer Chester’s journey to understand and combat the malevolent entity responsible.”

Viewers will witness how countless Japanese Americans were sent to internment camps during the war.

The new cast includes Derek Mio as Chester Nakayama and Kiki Sukezane as Yuko, a mysterious woman from Chester’s past.

He was initially brought on as a consultant for the series but was encouraged to join the cast.

As a child, he was imprisoned in an internment camp and vows to raise awareness of the dark happenings.

Executive producer Alexander Woo said: “We did count in fact there were 138 immediate relatives of our cast and crew who were interned.

“So there were even background actors who felt that they were walking in the literal footsteps of their parents and grandparents.”

The second season, which has no connection to the first, was filmed in Vancouver, Canada.

David Madden, president of original programming for AMC, said: “We loved the concept of beginning with an actual historical event and overlaying it with a fictional horror element, and we are immensely proud of this show’s combination of cinematic scope and intimate character work.”

The Terror: Infamy airs on BBC Two on Fridays at 9pm.