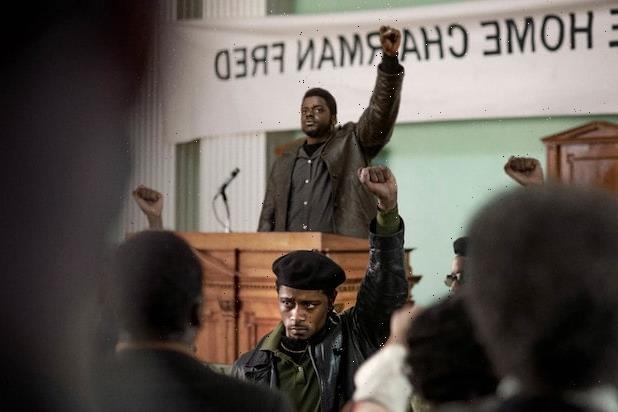 TheWrap awards magazine: “There was…apprehension in some pitch meetings about making a movie about an organization perceived as violent and militaristic,” writer Keith Lucas said

This story about “Judas and the Black Messiah” first appeared in the Down to the Wire issue of TheWrap’s awards magazine.

When #OscarsSoWhite began gaining steam in 2015, Shaka King saw the movement as one speaking a truth he had already witnessed firsthand. After struggling to make and release his 2013 feature debut “Newlyweeds,” it was clear to him that Black filmmakers had to overcome far more hurdles than their white counterparts.

“That experience taught me that there wasn’t a lot of value placed on Black experience,” he said. “The lack of Black nominees didn’t surprise me at all. I just saw it as a symptom of a wider problem that Black artists and stories often get ignored.”

Six years later, King’s biopic “Judas and the Black Messiah” has set a new bar for the Academy’s diversity push. The film about the life and assassination of Black Panther Party Chairman Fred Hampton has set an Oscar record with 10 Black nominees across five categories, including Best Picture–where it is the first film with an all-Black producing team (Shaka King, Charles D. King and Ryan Coogler) ever to be nominated.

But getting to this historic moment meant having to pitch a movie about one of the most famous and outspoken Black socialist figures in American history to predominantly white Hollywood executives. Shaka King and Charles King (no relation) said they weren’t too surprised by the resistance they faced, considering how little is known about Hampton and the Panthers in mainstream American culture. But brothers Kenny and Keith Lucas, who worked with Shaka King and his writing partner, Will Berson, on the script, brought in the twist that ultimately drew Warner Bros to the project: The film would also be about Bill O’Neal, the FBI informant who ultimately set the stage for the FBI to kill Hampton in the dead of night.

“There was a sense of apprehension we felt in some pitch meetings about making a movie about an organization that is perceived as violent and militaristic,” Keith Lucas said. “But this story of an undercover informant really provided a way for us to explore that perception versus what Hampton and the Panthers were really doing.”

Even when bringing the story of O’Neal’s betrayal to the screen, King and his team discovered more about what happened within the Panthers from Hampton’s widow, Akua Njeri, and his son, Fred Hampton Jr., who now serves as the Panthers’ chairman.

“Everything we had seen and read told us that O’Neal became Hampton’s bodyguard. We found out in the hours we spent with the Panthers that he was not. Hampton didn’t trust O’Neal and didn’t want him in security but wasn’t in charge of the security cadre,” King said.

“That changed how we structured the film. It was more of a movie about personal betrayal and more traditional in narrative structure with how the relationship between O’Neal and Hampton grew. We changed that to show more of the distance that the two actually had.”

But with O’Neal largely separated from Hampton, building his character arc required the Lucas Bros. to take some creative leaps, as the only known interview with the informant that was key to Hampton’s murder was the one he did for the PBS series “Eyes on the Prize” shortly before his suicide. The Lucas Bros. say that they aimed to provide some ambiguity to LaKeith Stanfield’s character, as it’s impossible to truly understand O’Neal’s feelings towards Hampton and the Panthers when he’s constantly lying to everyone, including himself.

Even when discussing O’Neal, the Lucas Bros. were split on their interpretations of him.

“He’s apathetic about Black movements and the fight for change, which makes him easy to manipulate,” Kenny Lucas said. “And I think throughout the course of the film, he comes to admire Hampton and what he stood for. But he doesn’t realize the extent of what the FBI is planning to do to him.”

“That’s what he says, but we don’t really know what he’s thinking,” replied Keith Lucas. “That’s the thing about O’Neal. He’s such a slippery character…to me I think he’s a very dishonest person. He only cared about his own survival, which was the complete opposite of what Hampton was all about.

Opposite Stanfield in many scenes is Jesse Plemons as Roy Mitchell, the FBI agent who corrals O’Neal into the scheme to bring Hampton down. While Mitchell never shares his colleagues’ sneering contempt for the Panthers and even shows some discomfort at their blatant racism and unethical tactics, he ultimately goes along with Hampton’s assassination and threatens O’Neal into compliance. When discussing a key scene where Mitchell says he supports civil rights but sees the Panthers as the Black equivalent of the Ku Klux Klan, Shaka King connected the character to white critics of the Black Lives Matter movement.

“I fought to keep those scenes with Jesse because it was so important for us to show the part that people like Roy play in injustice,” he said. “There’s this idea of performative allyship that we don’t discuss enough. It’s not dissimilar to people who say they support Black movements like Black Lives Matter but don’t support defunding the police. He’s the kind of character I’ve been dying to see in media, because I wanted a central FBI character who wasn’t openly racist like J. Edgar Hoover.”

Added Charles King, “It’s something we don’t talk about, how people say they support something but when it affects their reality, things change.”

With such a scathing view of law enforcement and multiple scenes of Hampton voicing his staunchly socialist views, King was expecting backlash. But it hasn’t come. Perhaps the stage has been set for a film like “Judas and the Black Messiah” to show where America’s present push for racial justice is connected to its past. “It was really important to me that this film inspired curiosity in Hampton, for people to want to learn more about him rather than feel like they were preached to,” Shaka King said. “And I think a lot of people are very open to that message Hampton always said: There’s power anywhere there’s people.”

Read more from the Down to the Wire issue here.