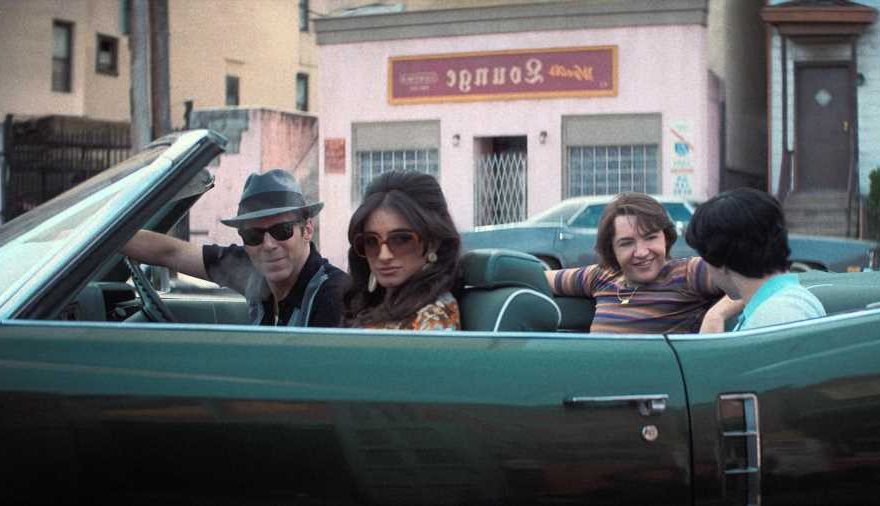 Products featured are independently selected by our editorial team and we may earn a commission from purchases made from our links; the retailer may also receive certain auditable data for accounting purposes.

Fourteen years after one of the greatest TV shows ever made ended, Tony Soprano lives on in The Many Saints of Newark, the prequel film to The Sopranos streaming on HBO Max, from the same mind as Emmy-winning creator David Chase.

The backdrop of the story is set in (where else?) Newark, New Jersey through the 60s and 70s, and shows Anthony Soprano growing up from a little kid witnessing his father’s arrest, to a young teenager. The son of the late, great James Gandolfini who passed away in 2013, Michael Gandolfini, steps into the same roll as his father. Behind-the-scenes is just as much of a throwback, with frequent Sopranos episode director Alan Taylor returning to direct the film, and a script by Sopranos creator David Chase and former Sopranos writer Lawrence Konner.

This MasterClass Buy One, Get One Free Deal Ends Today

The Best Turntables Under $500

The United States of Weed

For any die-hard Sopranos fans, or those looking to jump into the series prequel-first, you can catch the film in cinemas as part of HBO Max’s play to premiere its films simultaneously in theaters and streaming, or tune into The Many Saints of Newarks‘s premiere online on HBO Max. Here’s how to watch the film online (Note: we also have a guide to the Sopranos episodes to watch before seeing the new movie.)

When Does The Many Saints of Newark Come Out?

You’ll be able to stream The Many Saints of Newark for free on HBO Max for 31 days with an ad-free subscription, just like the other blockbuster premieres.

How to Watch The Many Saints of Newark Online

An HBO Max subscription allows you to stream The Many Saints of Newark online in 4K Ultra HD, HDR 10, Dolby Vision and Dolby Atmos from your computer, phone or through your TV. (Note: You’ll need a 4K-compatible device to play 4K content on your TV; we recommend the Fire TV Stick 4K, which is just $39.99 right now.)

One bonus to the HBO Max Ad-Free Plan? Subscribers can get instant access to stream The Many Saints of Newark online the same day it hits theaters, as well as many other other film drops on the streamer this year. Watch the 2021 The Many Saints of Newark on-demand as many times as you want for free, and get the entire catalog of HBO Max content, including all 86 episodes of the iconic original Sopranos TV series. See full HBO Max pricing details here.

How to Stream The Many Saints of Newark Free

Unlike some streaming services like Paramount+ or Amazon Prime, HBO Max doesn’t currently offer a free trial. You can get HBO Max free, though, by signing up for the 7-day Hulu trial, which does include HBO Max for free.

Another way to watch The Many Saints of Newark for free? You can get HBO Max for free through AT&T if you subscribe to one of its unlimited phone, TV and internet plans. Activate the HBO Max app, sign in with your AT&T or DIRECTV login credentials and start streaming HBO Max for free.

You won’t have to worry about streaming the film on a tiny laptop screen, or your phone, either — HBO Max is also officially available on Amazon Fire TV and Roku devices as well, in addition to PlayStation 5, Xfinity X1 and Xfinity Flex.

Where to Watch the Original Sopranos Series Online

While you don’t have to watch the prequel film first, there’s plenty of references to the original series in the film. Lucky for you, the entire The Sopranos series is also streaming for free on HBO Max with a subscription.

The Many Saints of Newark Runtime, Rating, What to Expect

As the film’s trailer shows, 17-year-old Tony is an intelligent kid with natural leadership skills, but absolutely zero interest in school. He’s taken under the wing of his uncle, Dickie Moltisanti (Alessandro Nivola), who introduces him to the world of organized crime in 1967 Newark. This happens at a pivotal moment for the city, as it becomes a flash point in the Civil Rights movement, and as the DiMeo crime family’s grip on the town begins to waver.