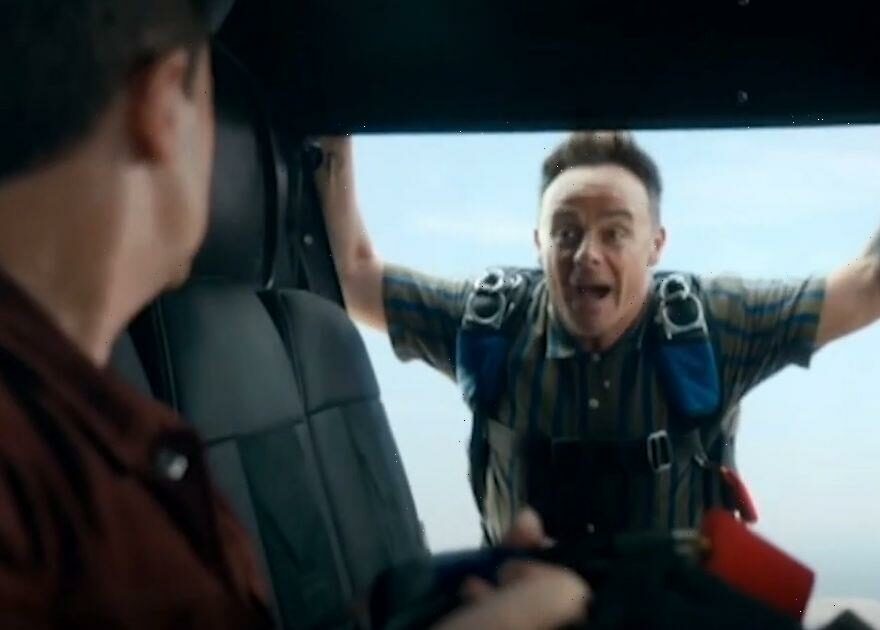 It's not long to go until I’m a Celebrity… Get Me Out Of Here! is back on our screens and excitement has hit the roof as TV duo Ant McPartlin and Declan Donnelly, fresh from their NTA win, have shared the first full trailer for the next series.

The minute-long clip begins with Ant, 46, and Dec, 47, flying in a helicopter through the bright blue sky, before Ant chucks a suitcase from the chopper and a seemingly nervous Dec says: “Where’s the luggage going?”

Ant then replies: “It’s meeting us there!” “Where?!” Dec exclaims.

Ant then takes a leap from the helicopter – or appears to at least. Clever special effects then see the presenters sport parachutes as they plummet towards the jungle.

And while fans are super excited for the new episodes, the clip has left many calling for the duo to give the stunt a go for real.

One fan commented: "Petition to get Ant and Dec to actually do the skydive this year" with a laughing emoji.

And two other fans reply in capital letters to the suggestion simply saying: "YES."

With the show returning to Australia for the first time in two years after the Covid-19 pandemic restricted travel into the country, Ant and Dec previously teased they were shooting promotional material for the upcoming series back in August.

Now, in a brand new trailer released by ITV ahead of the new series, fans at home can see exactly what the Geordie duo have in store for contestants when I'm A Celeb begins in November.

As Ant leaps the from helicopter Dec looks on in horror as his friend yells: "Remember, wherever I go, you have to go", before Dec dives from the helicopter, passing by a cooler marked Kangaroo Testicles on his way down.

While no details are given in the trailer – such as who may be taking part or which challenges exactly the celebrities will be getting stuck into – it does confirm that the presenting duo’s trademark humour will be making a welcome return.

The clip concludes with bright yellow parachutes opening showing the words “We’re Back”. A voice over then confirms that I’m A Celebrity will be returning to ITV in November.

So far, no famous faces have been officially confirmed by ITV to take part in the upcoming series, however rumoured contestants include Coronation Street’s Sue Cleaver, DJ Chris Moyles, Loose Women presenter and newsreader Charlene White and even royal rugby legend Mike Tindall.

And if one jungle fix wasn’t enough for fans, ITV have also confirmed that an All Stars edition of the show will be heading to South Africa in 2023, to pit winners from previous seasons against each other in the hopes of being crowned the King or Queen of the Jungle for a second time.

I'm a Celebrity Get Me Out of Here will return to ITV in November.