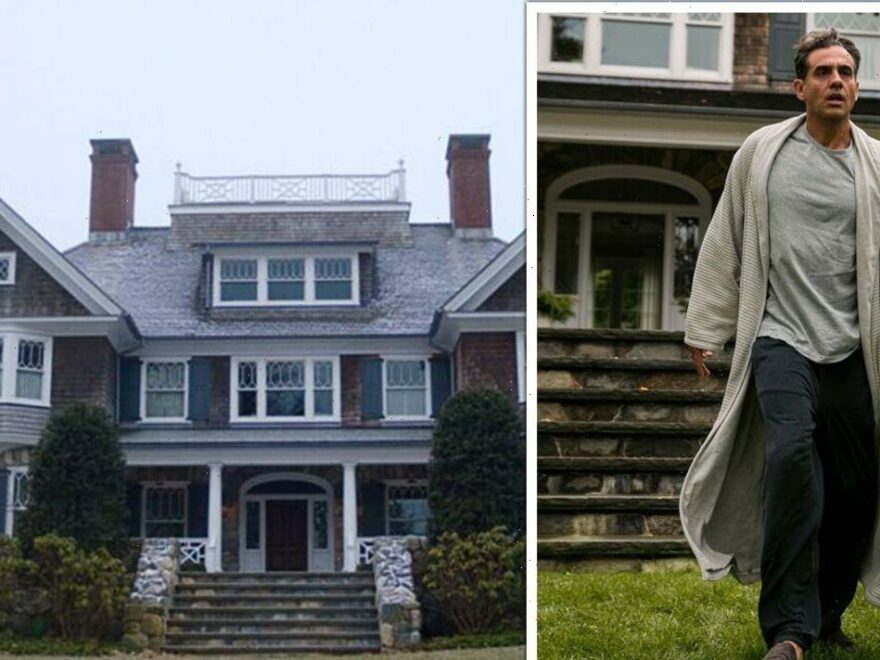 The Watcher is on Netflix now and it follows Nora and Dean Brannock, who represent the real-life Derek and Maria Broaddus. The couple and their children move into their dream home at 657 Boulevard, in Westfield, but they are driven out by an eerie stalker called The Watcher. Express.co.uk has all you need to know about where the series is filmed.

Where is The Watcher filmed?

The six-bedroom house in New Jersey is a character in itself in the disturbing true-crime series on Netflix.

For Maria Broaddus, it had been her dream to move into a house just a stone’s throw from where she grew up.

They were thrilled to have finally made their dream come true, but their lives were turned upside down when they started receiving mysterious letters from The Watcher.

As for whether the Netflix series was filmed at the real house, the answer is no.

The Watcher was filmed across various locations in New York, mostly in Westchester County.

The house used in the series is in fact at 1 Warriston Lane in Rye, New York, but it was only used for exterior shots.

All of the interior scenes were shot in constructed film sets within a studio.

According to FictionHorizon, the house has seven bathrooms, a cinema room, an indoor basketball court and a gym.

Besides where the house is located, other filming locations include McCarren Park in Brooklyn and The Tides Motor Inn on Bayville Road in Locust Valley.

The real house at 657 Boulevard was built in 1905 and it has four bathrooms and half an acre of surrounding land.

Although it is still a grand house, it is not as big as the home featured in the series.

The Watcher who inspired Netflix series has never been identified [EXPLAINER]

The real Broaddus family bought the home back in 2014, for $1.3 million, and decided to renovate it.

This is when they first came to discover The Watcher’s letters, before they had even moved in.

After months had passed, they decided to put the house back on the market, but buyers were put off.

They had considered selling the home to a developer who could knock it down, but this plan was rejected by the local planning authorities.

The couple eventually sold the home for $400,000 less than what they had paid.

When the sale was complete, the Broaddus family asked for a note to be passed on to the new buyers.

The note said: “We wish you nothing but the peace and quiet that we once dreamed of in this house.”

They also included a photograph of The Watcher’s handwriting, so they could identify any new letters.

To this day, the true identity of The Watcher has never been revealed.

The Watcher is streaming on Netflix now.