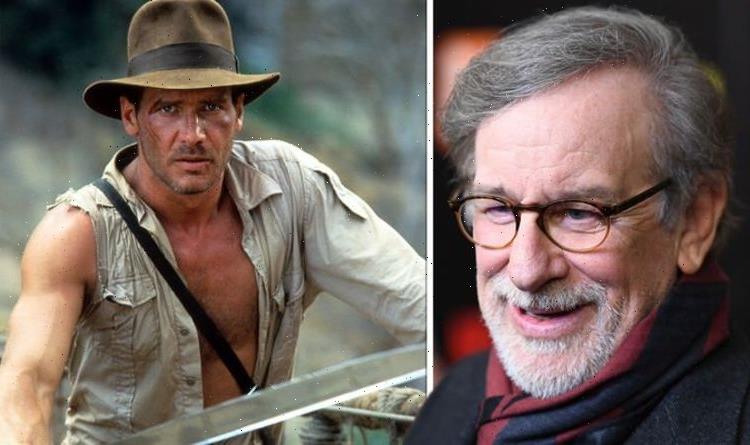 After the original Indiana Jones trilogy (comprised of Raiders of the Lost Ark, The Temple of Doom and The Last Crusade) it looked like director Steven Spielberg would not be doing any more films in the series. In 2008 the visionary released the fourth film in the franchise, Indiana Jones and the Kingdom of the Crystal Skull, once again starring Harrison Ford. Although the film’s screenplay was eventually written by David Koepp, Spielberg previously attempted to bring on board a horror director.

Spielberg met with the famed director of The Sixth Sense: M Night Shyamalan.

While promoting his new film, Old, Shyamalan was asked about his meet up with the Jurassic Park director for an early version of The Crystal Skull.

On meeting Spielberg, Shyamalan recalled: “Oh, my God. I mean, it was fantastic. Obviously, Raiders of the Lost Ark is my favourite movie of all time, and so this was a dream.” (Via Collider)

Shyamalan went on: “To be asked as a kid to go see a movie in a movie theatre and then later to be asked by that person to write one of those in the future. I could faint at that moment. It was amazing.”

While the Unbreakable creator was excited about the gig, he would not give any details about his version of Indiana Jones 4.

He said: “I do have my notebooks; I still have those with all my ideas for that movie. I did have a take.

“I talked to everybody involved and it was so nascent at that time, that movie.”

What do you think? Would M Night Shyamalan have made a good Indiana Jones director? Join the debate in the comments section here

Steven Spielberg talks about his family during 2018 interview

Shyamalan continued: “Everyone hadn’t gotten into a room yet. They were bouncing ideas off of me. So everyone had different ideas of what to do.

“When you say that, I have in my head, it’s a green notebook, and I had this idea. It was a darker idea.”

When pressed about if he had an ancient mystical artifact for the film, Shyamalan said: “I did, I did, yeah. I had an idea.”

He added: “I hadn’t pitched it to them or anything like that, but I had an idea.”

Shyamalan didn’t elaborate on why he didn’t get the Indiana Jones 4 job.

Considering the final Kingdom of the Crystal Skull product involved aliens and an actual spaceship, it would be safe to assume Shyamalan had a far different idea in the tank.

It also seems he missed out once again on claiming the job considering he is not involved in the upcoming Indiana Jones 5.

Meanwhile, a previous character from the Indiana Jones franchise seems to be making a comeback in the upcoming fifth movie.

Footage from the set of Indiana Jones 5 was recently leaked on Twitter by a member of the public.

Within this footage, it looks like Mutt (Shia LaBeouf) makes a triumphant return on his motorbike.

The character previously starred in Crystal Skull, where it was revealed he is the son of Indiana Jones.