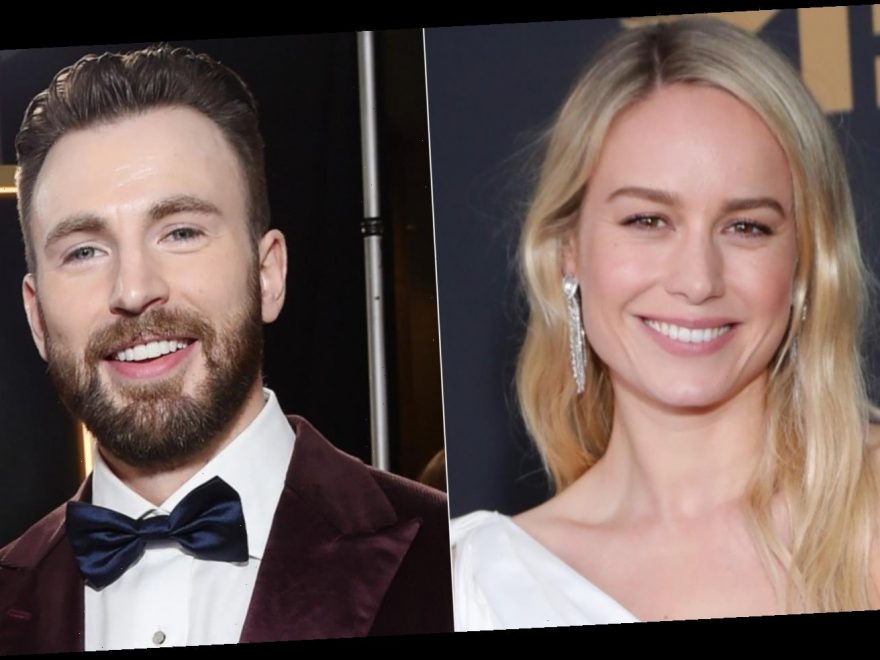 In 2019, Jimmy Fallon planted a very dangerous seed in the public’s mind. While playing a game of “Pour It Out” with Kendall Jenner, he revealed that if he could set up any celebrity couple, he would put Chris Evans and Brie Larson together. Apparently, that was a popular idea — not just with his guest, but with the Twitterverse, too. Larson and Evans directly interacted on the app later that year, leading even more fans to hope that maybe something was going on between them behind the scenes.

Unfortunately for fans, there’s no evidence to suggest that the two have ever had anything romantic between them. Larson was linked to musician Alex Greenwald from 2013 until 2019, while Evans dated Jessica Biel and Jenny Slate before being linked to Lily James in 2020. The two appear to respect each other’s work and seem to share a friendship that goes all the way back to their first movie together: Scott Pilgrim vs. the World.

Brie Larson and Chris Evans have a long history

Chris Evans and Brie Larson worked together before either of them even touched the Marvel Cinematic Universe. Years after Evans was cast as Captain America, Larson was rumored to be stepping into the role of Captain Marvel. Evans was seemingly receptive to the idea. In fact, at a 2016 panel at Wizard World Philadelphia, he said (via The Mary Sue), “I love Brie Larson. We did a movie together back in ’09,” adding, “I cannot say enough about Brie Larson. I think she’s phenomenal, and I really hope that happens.”

Of course, that did happen. Aside from a Twitter friendship, the actors have worked together on several Marvel movies, meaning that they have appeared on several red carpets alongside each other. At the premiere of Avengers: Endgame, Larson said of working with Evans, “It’s a family through and through … I had a really good time.”

Aside from appearing together at events and onscreen, Evans and Larson have been two of Marvel’s most politically outspoken stars, sometimes sharing the same stances on issues. Larson commented on the 2020 presidential debates and shared posts encouraging people to vote, while Evans appeared alongside some of his co-stars (though not Larson) at a fundraiser for presidential hopeful Joe Biden. Even when the cameras aren’t rolling, it seems likely that the actors have plenty to talk about.