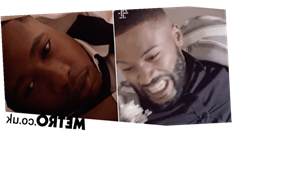 Hollyoaks is finally back, airing its first new episode on September 7 – and the soap is wasting no time bringing back the drama.

Hollyoaks has set up a new mystery involving the disappearance of Mitchell Deveraux (Imran Adams) after he went missing on his wedding day.

The soap aired on September 7 with a follow-up up first-look episode on E4, and the storyline told the dramatic events of Mitchell and Scott’s (Ross Adams) wedding day as it unfolded in flashbacks.

What happened to Mitchell, and is he dead?

Is Mitchell dead? What happened at the wedding?

Nothing has been confirmed yet about the fate of Mitchell, but some fans are worried.

The wedding started with some strife – Walter (Trevor A Toussaint) found out about the wedding and threatens not to attend, but Scott and Mitchell ultimately decide to go ahead with it anyway.

Thankfully, after a heart-to-heart with Joel (Rory Douglas-Speed) back at the village in which he opened up about the death of his brother, Walter arrived just in time to see his grandson tie the knot.

But while Mitchell was delighted to have his grandfather there for his wedding, Mitchell’s brother Toby (Bobby Gordon) was less happy.

Walter also let it slip that Toby was the one who told him about the wedding in the first place, causing a confrontation between the brothers.

At the end of the episode, Mitchell was seen going for a lie down in the grooms’ room, before Toby was later seen sneaking into the room too and attacking the figure on the bed in a rage.

When the show cut to present-day scenes, characters were shown being questioned by police as they investigated a missing person case.

Mitchell was noticeably absent in these scenes.

Could Toby have killed him?

Fans will have to stay tuned to find out…