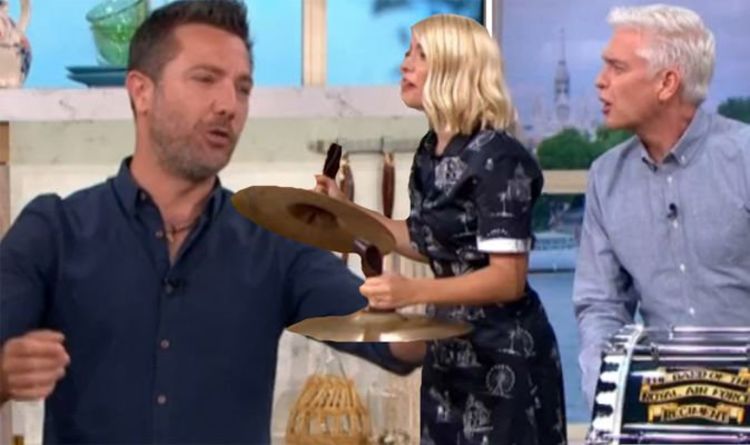 Gino doesn’t always have time for a visit to daily favourite This Morning, but today the famous cook swept in to the set to create some tantalising dishes for viewers.

Before that though, he appeared in the kitchen to list his later tasks and Holly Willoughby and Phillip Schofield entered into a spat with the fiery television chef.

Gino kept trying to talk over the presenters in the ITV studio as they played their instruments for a special band performance in honour of Armed Forces Day this Saturday.

Fed up of Gino’s antics on the programme, Holly suddenly began clanging the cymbals together.

Phillip teased: “His head could be between those couldn’t it?”

“It will be in a minute,” Holly then swiped.

Holly and Phillip continued to laugh cheekily at their guest

Later, Phillip was reading off the auto cue to explain once more to viewers what Gino would be preparing, leaving the chef mock-indignant. 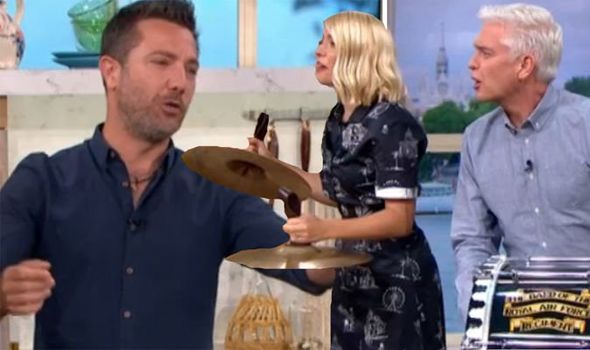 It will be in a minute

“I just said that!” he cried in an annoyed voice.

Also in the segment, Phillip became rapidly alarmed over the possibility of his co-host singing.

When the smiley Holly suggested the idea as she was playing on the cymbals, Phillip promptly shut her down.

“We don’t need that,” he added in a faux-serious voice.

This Morning continues weekdays at 10.30am on ITV.