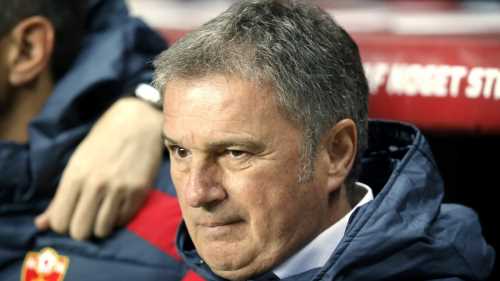 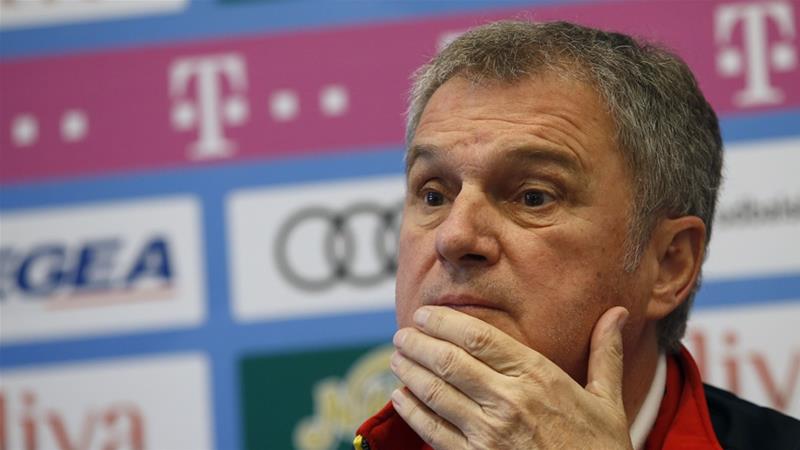 Montenegro has fired national coach Ljubisa Tumbakovic after he boycotted the European Championship qualifier against Kosovo.

Tumbakovic did not turn up on Friday for the game, which Montenegro drew 1-1 in a dent to its hopes of reaching its first major tournament.

In a statement on Saturday, the Montenegro Football Association (FSCG) said its board voted unanimously at an emergency meeting to fire Tumbakovic for breach of contract.

“Members of the executive board have brought a unified decision to dismiss the current coach of the national team … because of his decision not to lead the team in the aforementioned match, which represents an unpleasant surprise and violation of professional obligations defined in his contract,” the body said.

Tumbakovic is from Serbia, where state-controlled media has launched a campaign against Serbs playing in games with Kosovo, which declared its independence from Serbia in 2008.

Serbia does not recognise Kosovo’s statehood.

Assistant coach Aleksandar Jankovic and goalkeeping coach Dragoje Lekovic will take joint charge of the team for Monday’s qualifier away at the Czech Republic.

The FSCG expressed “enormous regret” they did not take part in the game but did not announce any punishment for them.

“Things which have nothing to do with sports have defeated sports and football on this occasion,” it said.

None of the three was immediately available for comment.

The Union of European Football Associations (UEFA) last week said it was tightening rules on similar boycotts by national federations. Teams will not be allowed to refuse to play in Kosovo, but they can choose to play at a neutral venue rather than host the Kosovo team for home games.

Ukraine did that with a 2018 World Cup qualifier, which was moved to Poland in October 2016.

Kosovo, whose population is more than 90 percent ethnic Albanian, has been recognised as a sovereign nation by more than 110 countries. Countries that refused to recognise Kosovo include Serbia, China, Russia and five European Union members.