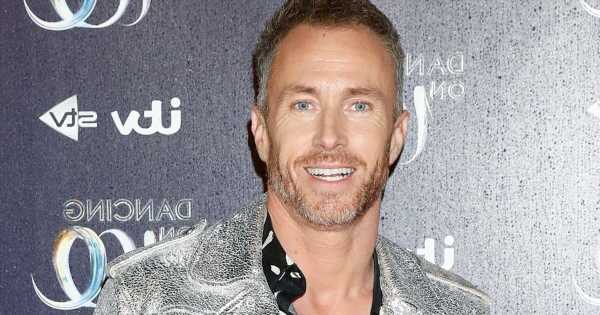 It's been fighting talk from James Jordan after he blamed Strictly Come Dancing's Karen Hauer for the fact her partner Greg Wise was sent packing from the show.

Greg and Karen ended up in the bottom two after a performance to the Macarena put him in the dance off against Judi Love, who the judges saved.

James tweeted: "Greg, oh no no no no.

"If I really didn’t like my celebrity I would choose that music and give that choreography."

"Not only that he made so many mistakes…. It was one of the worst sambas I’ve ever seen – I didn’t even like the costume..

Judge Craig Revel Horwood told Greg his "disappointing" Samba looked like he had "just come out of a double hip operation. "It was very clunky. Especially through the hip circles. Technically really quite bad actually."

Greg received 19 out of 40 for his dance, and viewers failed to give him more votes.

The silver fox actor is married to Emma Thompson and he insisted he enjoyed the experience: "I've had an amazing time, I feel unbelievably privileged, so thank you all for having me."

Tess Daly said Craig was "rude" in his comments to Greg.

He also said Tom Fletcher was "awkward" and "not totally in control of his own limbs."

James also laid into Greg earlier in the series, when he tweeted: "He is what 99% of blokes would look like on Strictly that have never danced before."

He also tweeted his sadness that Judi was in the bottom two: "So gutted for Judi. Am I the only person who loves her performances?

"Maybe not the best dancer but she sells it 100% and totally gets into character! Come on Judi."

When a fan hit back at his criticism of Greg saying to give him a break as he's learning, James quipped: "I know how the show works hunny".

James won't be biting his tongue any time soon.