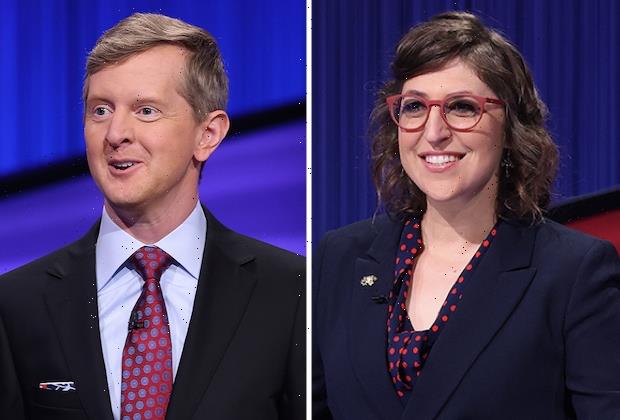 Mayim Bialik‘s time behind the Jeopardy! podium has been extended: She and Jeopardy! GOAT contestant Ken Jennings have been tapped to host the quiz show through the end of 2021 as the search for a permanent emcee continues.

Bialik was already set to host Jeopardy! for three upcoming weeks, beginning Monday, Sept. 20. Per Sony Pictures Television, her stint will now continue through Nov. 5, at which point she and Jennings will trade off hosting duties as their schedules allow through the end of the calendar year.

The duo will temporarily replace former Jeopardy! executive producer Mike Richards, who was initially tapped in August to permanently succeed Alex Trebek as host of the series. Just days later, though, Richards stepped down from that role after misogynistic, racist and anti-Semitic jokes he’d told on a podcast in the mid-2010s resurfaced online. Richards was retained as an EP on the show at first, then was ultimately fired from that position in late August.

“I’m writing to let you know that Mike will no longer be serving as EP of Wheel [of Fortune] and Jeopardy! effective immediately,” Sony Pictures Television exec Suzanne Prete told staff in a memo at the time. “We had hoped that when Mike stepped down from the host position at Jeopardy! it would have minimized the disruption and internal difficulties we have all experienced these last few weeks. That clearly has not happened.”

Despite vacating the host job quickly, Richards did tape five Jeopardy! episodes as Trebek’s permanent replacement, which are airing this week to kick off the trivia competition’s 38th season.