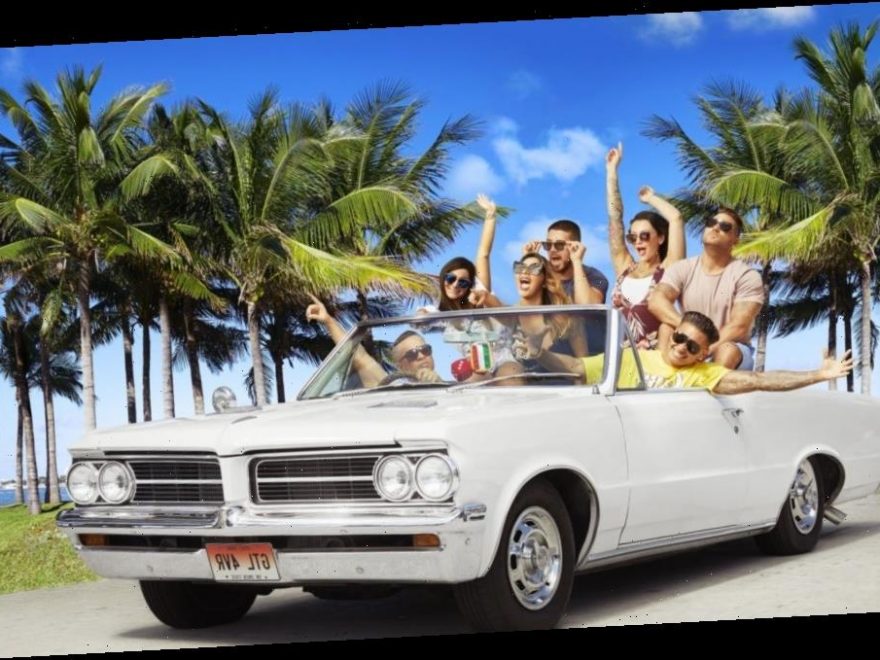 Thanks to the Double Shot at Love season 2, many MTV fans are convinced a Jersey Shore spinoff show will happen. If Jersey Shore does get a reboot, fans are hopeful it’ll be like this Bravo series.

The second season of Double Shot at Love is in full swing. As such, many fans have noticed similarities between the original Jersey Shore and the reformulated version of the dating series.

This season, three new men were introduced to viewers: Nicky Curd, Brandon Stakemann, and Antonio Locke. The addition of these roommates has made the show feel more like Jersey Shore. But so has the altered premise of the show. Instead of dating Pauly DelVecchio and Vinny Guadagnino, the series is about living and working in Las Vegas.

“It kind of feels like I’m watching a season of Jersey Shore, but in Vegas,” one fan shared on Reddit. “I don’t mind the girls now that they’re not competing for [Pauly and Vinny], and it’s nice to see Nikki be a part of the group this time.”

From the work drama to the roommate hookups, there are many aspects that are reminiscent of Jersey Shore‘s early days.

Locke — better known as “Pool Party Papi” — implied what many Double Shot at Love fans have started to theorize.

“They’re trying to give us maybe like a Jersey Shore spinoff,” Locke said on A Tale of Two Sams Podcast.

They want all new faces, which we appreciate and love because obviously, that’s the reason I got on [the show]. When I see comments on pictures like ‘Jersey Shore 2.0,’ I’m like ‘That’s what we’re going for!’

If MTV does reboot ‘Jersey Shore,’ fans want it to resemble ‘The Real Housewives of New Jersey’

Fans are fairly split about having a Jersey Shore spinoff show. Some people think nothing can top the original series and refuse to watch anything that tries to imitate it.

Others are supportive of a spinoff series. One Reddit user is hoping for a “Jersey Girls” spinoff that features Nicole “Snooki” Polizzi, Jenni “JWoww” Farley, Deena Cortese, and Lauren Sorrentino (née Pesce) — “a la Real Housewives of New Jersey [or] Mob Wives.”

“We all know Snooki isn’t coming back for [season 4 and] the girls really don’t want to come back after Angelina’s wedding fiasco,” they wrote. “Also, Snooki has said she isn’t done with reality TV, just Jersey Shore: Family Vacation.”

What’s more, this fan is struggling to “see a plot” for the upcoming season of Jersey Shore: Family Vacation “without it being a bunch more manipulated [or] manufactured drama.”

For this fan, MTV needs the women of Jersey Shore to have a successful spinoff series — like Bravo’s Real Housewives franchise.

I feel like a ‘Situations’ spinoff cannot survive on its own, but throwing ‘Laurens’ into the mix on a show with the girls would just include Mike along with every aspect of her life [that’s already being shown]! Snooki & Jwoww was successful — my idea is basically a bonafide reboot of that but adding Deena’s family life and adding the ‘Situations’ on it.

In this fan’s mind, the spinoff shouldn’t include Angelina Pivarnick or Ronnie Ortiz-Magro.

Will MTV make it happen? Only time will tell.