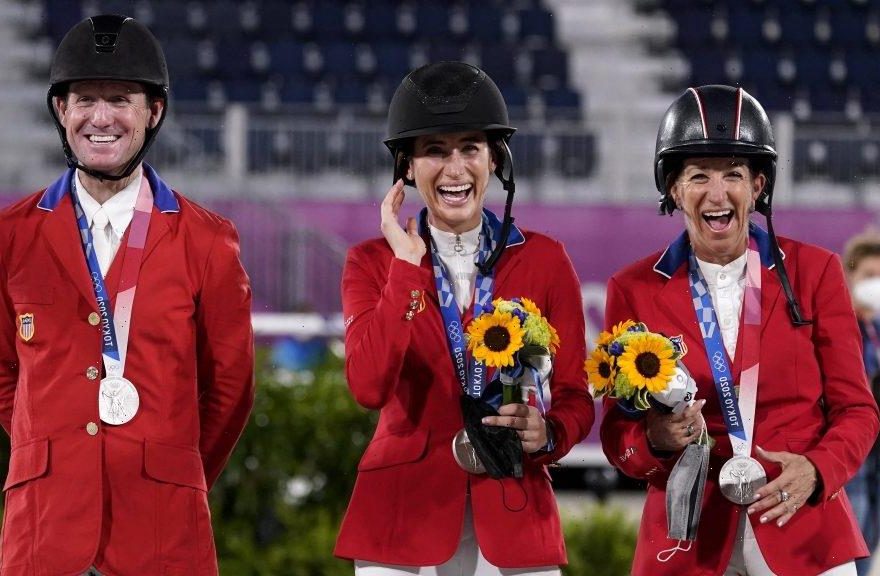 Jessica Springsteen won a silver medal in the Tokyo Olympics’ equestrian team jumping final, which took place in the Japanese capital on Saturday, at Equestrian Park.

This was the first Olympic medal for the daughter of music legends Bruce Springsteen and Patti Scialfa, who rode on Saturday atop her 12-year-old stallion, Don Juan van de Donkhoeve.

The 29-year-old medaled in her Olympic debut alongside teammates Laura Kraut and McLain Ward. She is currently ranked 14th in the world, in the sport of showjumping.

Sweden narrowly beat out the United States for the gold medal after a tiebreaker event known as a jump-off. Members of the winning team included Peder Fredricson, Henrik von Eckermann and Malin Baryard-Johnsson.

The U.S. equestrian team now holds a record 10 medals in the team jumping final. They also claimed silver at the last edition of the Olympics, most recently taking gold in 2008.

Springsteen has been riding horses since she was a child, having grown up with a family horse farm in Colts Neck, New Jersey. Thus far in her career, she has also won the American Gold Cup, among other accolades.